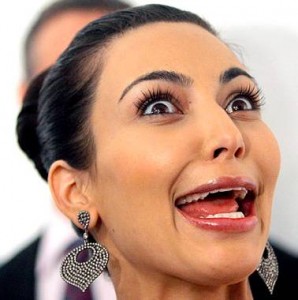 Wheee! And away we go: this evening marks the first night of my 14th Dinner Theatre rehearsal schedule at SCHS.

Yesterday, I read a random blog post somewhere about an editor (a job I think I would like) who dreaded going in to work. She said that when everyone at the office was saying “TGIF!”, she would mutter to herself, “I can’t believe I have to be back here in a short 48 hours.” One lonely Friday afternoon, she broke down in tears in her car. Long story short, she ended up giving up her editing career — to be come a teacher. Now she feels fulfilled, challenged and appreciated.

Question: Have you ever felt that way? I’m talking about the “I can’t believe I have to be back here in 48 hours” feeling. I rarely have it. The only exception is during my two major rehearsal runs per year, each of which is about 2.5 months long. During this time, my week consists (generally, with some variation) of getting up at 4:30, getting my lunch and dinner together, teaching till 2:30, choreographing, arranging and rehearsing small groups until 6:30, and rehearsing with a larger group until 8:30. Home by 9:15, chat briefly with the Thriller, check mails and Facebook, fall into the bed. Next day, same thing. Weekends are usually a mixture of recovering from the week past, and preparing/re-energizing for the week ahead. I miss my grandsons and spending time with family and friends.

I’ve done this for a couple decades now, so it really does seem like routine. And some days are better (less busy) than others, so that provides some much-needed downtime. (My students are so involved in sports, jobs and other commitments, we can’t rehearse as a full cast every night because of games, matches and teams having to share one gymnasium at a small school, so it’s good to have the smaller nightly rehearsals throughout the week.) Then there are the times when I can escape to have dinner with Kay or Stoney before rehearsals begin. That’s always a welcome break from the routine. But for the most part, when mid-January hits, I say goodbye to going home at quittin’ time, and it’s hard to get used to at first. Some years, it’s hard to get used to, period.

Still, as the Thriller has said on several occasions when I complain: I “can’t not do this.” Yep, the double negative totally works in this instance. The two annual shows are so much a part of my life (and, truthfully, the crux of recruitment for my program), it’s very difficult to imagine not doing them.

So, what is it about your job that you both love and hate? As always, I covet your articulate and compendious reflections. Pensioners, please join in; we’ll take your responses in “memory” form.

Have a finktastic week, fiends. I’ll check in with you soon.