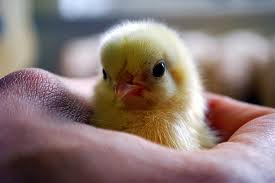 Disclaimer: I am neither a PETA enthusiast nor a Ted Nugent drone. I eat meat, and have done so all my life. I have been to a slaughterhouse and seen how cows are euthanized. And let me tell you, I’d prefer death by a quick shot to the brain to living the life of an egg chicken. The recent discoveries linked with the salmonella outbreak have once again brought to the forefront the horrifying cruelty of people who view animals as only the bottom line. So goes the demise of a real hen house where chickens lay eggs, scratch dirt, peck at feed, walk around and cluck, and sleep in a comfy nest. We can’t produce a half a million eggs a day like that, now can we?

Without opening up a huge, protracted discussion on food ethics or government policy (because, as I am wont to say, harsh words are often spoken with no minds being changed), something must be done about the deplorable conditions surrounding egg production in this country. Why are these egg “farms” even allowed to exist? They should be closed down for the simple reason that it is unconscionable to put an animal in an eight-and-a-half by eleven-inch space and never allow it to move.

If someone did this to a dog or cat, he would be fined and perhaps jailed. But the torture of these poor hens is allowed to go on with impunity. (I won’t provide links to the hidden-camera revelations — it’s too sickening.)  Makes about as much sense as television commercials showing almost-naked women in Victoria’s Secret commercials, but never showing a single person take a drink in a beer ad. Ridiculous and stupid.

It’s likely useless to argue the point, and I know there are thousands of atrocities (against animals AND humans) being perpetrated every day. Choose your cause, and there’ll be evidence to support you. I’m just zeroing in on this particular travesty this day. It’s a shameful testimony to the greed for which our country and its industries are becoming infamous. Blah.

Fink, having fruit and yogurt for breakfast