If you evade suffering, you also evade the chance of joy. Pleasure you may get, but you will not be fulfilled. You will not know what it is to come home.— Ursula K. Le Guin, The Dispossessed 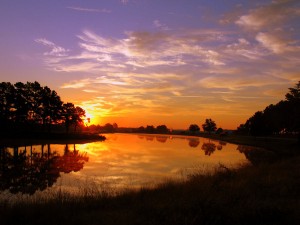 You will not know what it is to come home.

I tend to skim over quotes on the web. They’re positively ubiquitous, as everywhere you look, someone has turned one into a picture. Entire sites have been created for making your own quote photos, with no thought for the veracity of the text. This is particularly evident on social media (this one especially makes me cringe; friends have posted it on Facebook, and since I don’t want to come across as a joy killer, I don’t say anything). Anyway, you get the point. Overkill.

But this quote stopped me. I read it three times. Isn’t it true that we always, always endeavor to avoid suffering? It flavors our every choice, I’m certain of it. And for the purposes of this particular post, I don’t mean physical suffering, per se. Millions of us live with chronic ailments to varying degrees (migraine, arthritis, allergies, etc.). Some are afflicted with hideous diseases that disable and maim and kill. I will also exclude for today the suffering we endure after the death of a loved one.

Rather, my point is that we seek mainly pleasure in this life, true? Monetary, physical, emotional; we’re drawn to it. We crave it and wear it, and as the years roll out, we even come to expect it. Therein lies the curiosity for me today: many of us do not know how to suffer. I’m sure I’m in that lot. Moreover, I believe that we sometimes see ourselves as suffering, when in fact, we’re just being presented with circumstances outside our “locus of control.” My locus is likely very small, as I’ve suffered little in comparison to people I know who have fought in wars, dealt with emotional illness, and endured the horrors of abuse and addiction.

I think we’re hard-coded to resist and avoid hardship, and I’m not saying that’s a bad thing. I’m saying that as a culture, we’ve honed to a science the pursuit of pleasure and the dreaded instant gratification to the extent that we will go to extraordinary lengths to keep the gravy train running. That’s not necessarily a bad thing, either, but…it desensitizes a part of our brains — the part that sees past the now and focuses on the “homecoming.” In our desperate mission to avoid unpleasantness, we lose the ability to cope with it. Then, in the inevitable collision with adversity, we often crumble.

Looking at the long view — the big picture — makes the end product sweeter, yes. But I think we (I) need to take it one level deeper. Instead of frantically grasping at ways to escape hardship at the first sign of pain, we might instead embrace the temporary discomfort (or at least accept it), and weather the storm while we figure a calmer, more long-lasting way through it, whether it be through personal introspection, faith, or other means. Only then we can know what it is to “come home.”

I don’t know why this simplistic ideal grabbed me so tight this morning. The above is no groundbreaking treatise. It’s just my version of what has been said for decades — heck, millennia. Still, it made me reconsider the benefit of suffering, for lack of a better term. I need to widen my personal orbit to include it, and resist the knee-jerk tendency to fear it and run from it. Who knows? I might learn something.

I literally am speechless but wanting you to know that your post today has struck the chord. Unable and unwilling to share in this arena, simply far too personal, thank you Ms Fink for at times being that clarion call cutting through the din of life. Peace! ReplyRat Fink Reply:September 2nd, 2014 at 4:30 amI hear ya, D. While your scars are more far-reaching, I think we share some of the same wounds. Thanks for the kind words…It’s been the way of this little project of mine since 2008. One day, I think really deep thoughts; the next, I write… Read more »

Thanks for this insightful post. As a result several biblical examples of suffering came to mind: Job, David, Jesus (vicarious but still extreme) suffering, Paul, Peter and countless others I walked with through suffering. I have a pastor friend who is suffering with ALS. He’s a FB friend. He posts valient, faith filled insights that are inspirational to many. It’s almost guaranteed that all of us will suffer in some way. Thanks for writing this. ReplyRat Fink Reply:September 2nd, 2014 at 4:37 amYou’re welcome, my friend. And I appreciate the examples of many who personified suffering — even to the… Read more »