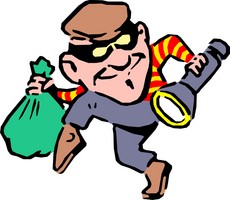 …although it took him long enough. Like all criminals, it required his getting caught in order for him to come clean. But at least he new when the jig was up, and he couldn’t hold out any longer.

Tonight, I read Bernie Madoff’s confession (pdf file). A “How I Did It” treatise. Yikes. It’s relatively short, but in his own words and pretty straightforward. Word on the street and in the news is that he will go away for a long, long time; likely for the rest of his life.

I will confess that this particular fate is one that I am sure would kill me. I mean…you’d really have to be stupid, or astonishingly arrogant, or both, to bilk people out of billions without worrying that one day, the Ponzi scheme would come crashing down (as all Ponzi schemes eventually do).

This crime was so huge in scope, I think they should rename it to “Madoff scheme,” and let poor Carlo Ponzi rest in peace. 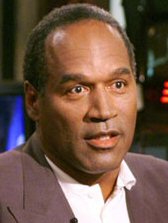 Then I think about the opposite of the Bernie Madoff confession: the OJ Simpson non-confession. I don’t mean the murders back in 1994 (although the jury’s still out on that, pardon the pun). Rather, I refer to the latest unpleasantness in court last year, where a staunchly defiant Simpson maintained his innocence in the face of compelling evidence to the contrary — right down to and including the point when the jury convicted him on 11 of 11 counts.

I mean, really. Crumbs all over your shirt and you didn’t raid the cookie jar.

Still other convicts just can’t help theyselves. It wasn’t the drug conviction that made me read this twice. Yowza.

“I mean, really. Crumbs all over your shirt and you didn’t raid the cookie jar.”

That is my story and I’m stickin’ to it.

Hey — come to the show this year — talk to Bisel.