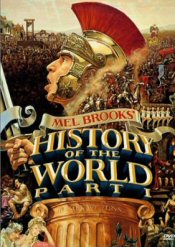 Yes, that’s probably my all-time favorite production number in any movie musical. It’s embarrassing to admit, but there you have it.

Have you ever seen Mel Brooks’s History of the World Part I ? If not, then nevermind. It’s like an auto da fé : it’s what you auto not do, but you do anyway.

But seriously – speaking of the Spanish Inquisition…

There really was a bad guy named Torquemada. And what’s worse, he was a bad guy for God. (I’m sure God was not happy about this — at least I hope He wasn’t.) Funny how, in the history of humankind, much of the cruelest and most hideous physical, mental and emotional torture inflicted on people by other people was in the name of God.

It’s all over the place today, too, but once again, I digress.

Anyway, my sis and I are reading a series of books (historical fiction) about the reign of Henry VIII of England, and the drama that followed him around on account of his six wives. One of them, Catherine of Aragon, was the daughter of Ferdinand and Isabella of Spain — Ferdinand being the guy who started the Inquisition to make sure people behaved themselves and didn’t think any thoughts except those deemed acceptable to the Catholic Church.

See, Ferd was a smart guy. He needed money for his wars against the Moors and Jews (who stood to net him lots of loot, since they were a prosperous lot), so he conspired with the Pope to start rooting out the heathens, initially forcing them to “buy” a pardon from the Vatican. When that wasn’t enough, they had to find a way to make everybody sorry. Enter Tomás de Torquemada. 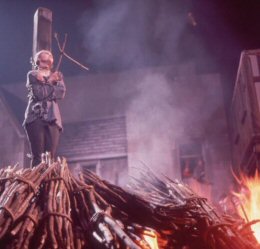 The torture used in the Inquisition is part truth, part folklore. Of course, you had your standard-issue burning, whereby a heretic would be dragged to a huge wood pile, chained to a stake in the middle of it, and torched. But there were other, more hideous ways of getting someone to admit he had an impure thought against the Christian church, and Torquemada was the heavyweight champeen of coming up with them.

I won’t elaborate on it here, but if you do a search on “waterboarding,” you’ll see all you need to see on it. The most often-used method was the rack, where limbs were slowly pulled from their joints. Nice.

Did I mention that all this was done in the name of God? (Ok, and money.) Oh, and get this. If you were penitent — that is, if you admitted your guilt and said you were really, really sorry — you got to be garroted (choked to death) before you were burned. How cool is that?

The self-righteously pious are so considerate. Hmm, did I use present tense here?