This is the kind of story that, when you read it or hear it, you smile and go, “Get outta here.” In other words, you don’t believe it. But it is undeniably, embarrassingly, head-shakingly true.

Remember the lawsuit filed against a dry cleaner by that rookie judge in Washington DC? The cleaner lost the judge’s suit pants, and the guy flipped out and sued them.

Well, the Mother of All Frivolous Lawsuits (and as you know, fiends, that is a tough title to win, since frivolous lawsuits rule the American justice system) is in the news again, and once more, it appears to have received its walking papers. The guy just can’t let it go. 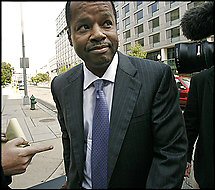 According to this article at CNN.com, the appellate court told wackjob judge Roy Pearson (he has since been relieved of his duties) to get over it and go away. However, considering this nut’s history, that’s not likely to happen until he’s told to go away by the US Supreme Court. (And yes, it’s totally possible that our court system will allow it to go that far.)

Anyone with half a brain can see that his lawsuit — to the tune of $67 million for losing a pair of suit pants — was insane. You actually have to read it to believe it. From the Wall Street Journal:

He wanted $500,000 for emotional distress and–though representing himself–$542,000 in legal fees. Best of all, he claimed that the signs on display at Custom Cleaners, “Satisfaction Guaranteed” and “Same Day Service,” were fraudulent, entitling him to damages of $1,500 each per day under D.C. consumer law. He multiplied 12 violations by three defendants by 1,200 days, and soon was up over $65 million (later cut to a mere $54 million). 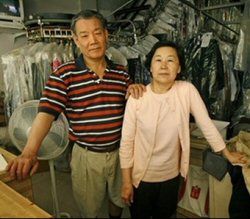 And here’s the kicker. The dry cleaner (the Chung family, South Korean immigrants trying to establish an American dream) initially offered Pearson a $12,000 out-of-court settlement for him to drop the lawsuit. $12,000 for a pair of trousers, and he refused. Instead, he tacked on an extra $2 million for “discomfort, inconvenience, and mental distress.”

According to the Wiki about it (again, you really do have to read it to believe it), DC Superior Court Judge Neal Kravitz was quoted as saying that “the court has significant concerns that the plaintiff is acting in bad faith.”

Some things are so idiotic, there are no words. But here are a few wise ones from the WSJ op-ed:

Whole dockets’-worth of opportunistic litigation would dry up if we revised [our] laws so as to require a showing of actual injury.

It’s nice to see that even the organized plaintiffs bar piously deplores Mr. Pearson’s abuse of the law. It would be even nicer if they agreed to stop opposing reforms that would give the Chungs of the world a fighting chance the next time around.”

And until that day, we will continue to read about loony litigants like Roy Pearson, who, at the trial, broke down in tears when describing his lost pants, giving the judge no choice but to call a brief recess for Roy to regain his composure.

I am not making this up.

Hey, no school for me today. I kind of wish we’d had it; Meg made cinnamon rolls. OH WELL.

Fink out (and excited about the Christmas fête tonight)