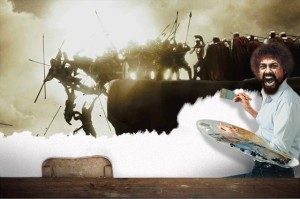 Stoney and I finally decide on a show for the fall, only to discover that football season runs a week later this year, and we can’t have the customary date the theater department uses (during parent-teacher conferences, when the kids have a day off, which is awesome for the cast, crew AND production staff).

Wrong. There’s a symphony concert that will grab several of my best pit players that weekend. Bummer. Oh well, it’s OK. Go to the next week, right?

So what are we theater geeks to do? Improvise. The wheels are turning. We might have to think so far outside the box that we can’t even see the box anymore. Boxless; that’s us.