So have you been following this Yearning for Zion tragedy in the news? Over 400 children were removed from the rural Houston “YFZ” compound amid charges of sexual abuse by adult men living there. Unbelievable. Fifteen-year-old girls having babies from 50-year-old men? Someone had to stand up for these kids, and I’m glad the neighbors got suspicious and called the cops.

At least they got them out with no violence, unlike the 1993 tragedy not too many miles away in Waco, when 74 members (including many children) of the “Branch Davidian” religious sect burned to death while national TV cameras rolled. I don’t think then-Attorney General Janet Reno ever lived it down. 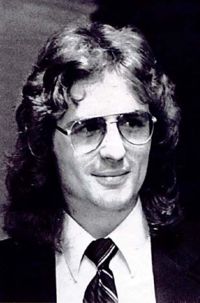 David Koresh was a wackjob, no doubt about it. He started the Branch Davidian sect as a breakaway from the Seventh Day Adventists, and moved himself and all his followers into a compound near Waco, Texas. He called it “Mount Carmel.” He talked a lot about the coming Apocalypse.

A UPS driver called the law after he noticed a package bound for Mount Carmel had broken open, revealing automatic weapons and ammo. This touched off one of the most violent – and ultimately disastrous – standoffs in American history.

It’s not all that it seems. Usually, we think, “Oh, religious fanatic who’s holding innocent people against their will…he deserves what he gets.” I’m not so sure.

From all I’ve seen and read in the ensuing years, the women and children in the compound tried to convince ATF thugs who came to smoke them out that they were actually sincere in their desire to stay with Koresh and their husbands. It’s all a jumble of hearsay and conflicting evidence.

PBS (with whom I don’t always agree, by the way) did an exhaustive program on it, as have many others. I think this was a tragic case of government overreaction that degenerated into mass murder. The whole situation was vile.