And not because I say so, but rather, because they make you sound like an…um….well, the name Yosemite Sam hurled at the gol dern dragon.

Yes, I’m having a snark attack this morning. Does that make me a bad person? I apologize. I won’t take it out on you. That’s why I have high school students. 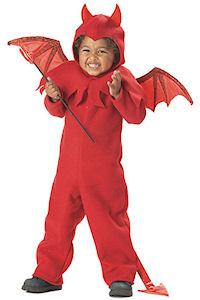 Ugh! I HATE when people say “supposably”! Or how about “Libarry?” Or “I seen you the other day”. I once heard someone call the delicious twisted treat a “prentzel.” I could go on and on and on. haha. English…. who needs it?

Oh lordy. “I seen you” has to be near the top of my hate list. And how about “licen plates?” AAAAARG

I have a friend who raises punkins!!!!

*arrow to my head*

Then there’s the second month of the year, often mispronounced as Feb-you-ary. The month is Feb-roo-ary. My personal favorite is ‘prolly’. It’s *probably* also the most annoying. PK Honorary Diction Police ReplyPKPudlin Reply:January 25th, 2011 at 10:44 amPS. You are absolutely correct: PJ was/is a *little* man in many, many ways. I’ll bet he’s only 5′ 6″ with the concomitant disorder commonly referred to as the Napolean Complex. He certainly exhibits all the symptoms. Put him from your mind, missy. He ain’t worth the real estate, capisce? PK ReplyRat Fink Reply:January 25th, 2011 at 3:53 pmPK, as usual, you’re prolly… Read more »

You are no git! You’re a goit. A goiter. A globule. A Goibelstein. But no git. Hey — are you ignoring me? Git yer calendar out, ya git!

I used to work in a fabric store and we had to fold large pieces of fabric onto rolls. One girl I worked with used to say “it helps if you hold it taunt” HAHAHAH Lordy we used to have fun with that. She never got it tho!!

HA! She never knew you were TAUNTING her, did she…LOL

Exception to #2: You live in Hawaii, you’re a native of the islands, and you speak “pidgin English.” Calling folks “brah” is very common place. A frequently heard greeting would be, “Hey – howz’it, brah?”

And you are my teacha. I wonder…do they use “brah” on Hawaii Five-O? Could that be why everyone’s saying it?