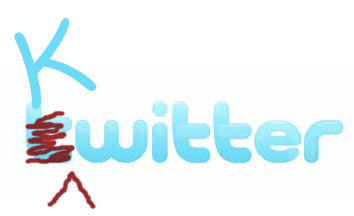 Yep, I’m going to take an extended break. I’m now Twitterless by choice (but not shutting down altogether, because I have the awesome @ name that many have asked for–but funny how I quote them the six-figure price for my giving it up, and I never hear from them again), and here’s why:

Now I shall go ponder the question of whether or not my rehearsal for tonight will be canceled, as we have what I hope is the last of the snow days for the year. Trying to hold it together here…