….by reading the Fink?

As just about everyone knows by now, I have a hobby. Some people ski or knit or do woodworking or play Texas Hold ‘Em. My hobby is research. I’m a bona fide philomath. An info droid. A fact junkie. Geeky McGeekleman. I am, as my son jokingly calls me, the Queen of Useless Information.

Some unbelievable stuff happened in March, historically. Did you know that? Looky:

1968 – A group of American soldiers murdered 504 Vietnamese men, women and children in the village of My Lai. Although a military trial was mounted, not one of the 25 officers charged with the killings (and the subsequent cover-up) ever served a day in jail. This account of the My Lai Massacre will blow your mind. 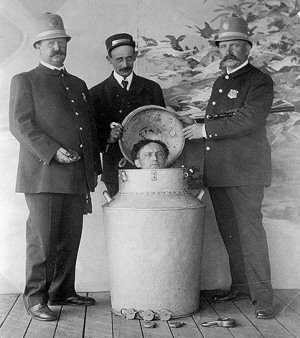 1874 – Magician and escape artist Harry Houdini was born in Hungary. (Real name: Erich Weiss.) In 1926, a young man punched him in the stomach (a trick Houdini often played with people on the street to show he couldn’t be harmed by enormous blows to the abdomen), but Houdini was taken by surprise by the student and didn’t have time to tighten his muscles. His appendix exploded and he died a few days later, on Halloween.

1972 – The Watergate scandal broke in the Washington Post. It simultaneously ended the career of president Richard Nixon and propelled reporters Carl Bernstein & Bob Woodward to superstardom.

2003 – The war in Iraq began when US troops crushed the regime of Saddam Hussein. (Has it really been that long?) 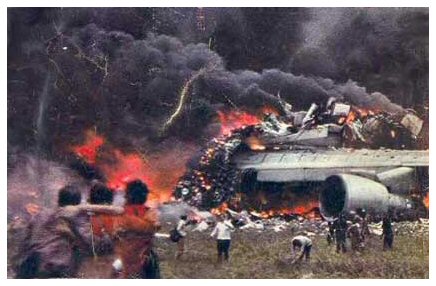 1977 – Two 747 jets collided on a foggy runway on the Canary island of Tenerife. Over 500 people died, making it the single worst crash in aviation history.