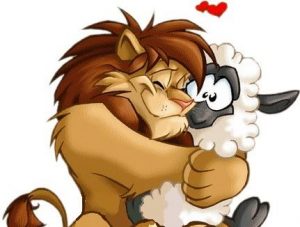 It kind of just flew out the window, I think. I didn’t even get to comment on the bizarre weather the last two months.

Last time I wrote to you, I was celebrating my ninth birthday here at RtB, back in February. Then I woke up this morning and it was 7th of April. How’d that happen?

As I sit here with the space heater blasting my tiny frozen feet at 6:40 on a day when I should be getting ready for school, but instead I’m “enjoying” another snow day (seriously, 5 inches, hello spring), I wonder how, with eight remaining rehearsals, my high school choir will sound on our upcoming concert.

I know, first world problems and quit complaining. Still, while many would say they’d be rejoicing if they got a day off work, and teachers have it so easy and stop with the feigned frustration, the frustration really isn’t faked. It’s April, and for public schools in the US, that’s testing month. There was a big test scheduled for today, which sounds simple enough to reschedule, but when you examine the intricate ballet of assigning laptops, rearranging testing spaces, closing off certain sections of the school, changing the order of classes and generally upending the entire day so the Ohio Department of Education can administer yet another in its long line of expensive tests designed for kids to fail, well…it’s a bit of a mess, and that’s not even considering the actual material on the exams, to wit:

A teacher friend told me that some of her students had to interpret Othello and glean aspects of the character of Desdemona based on a conversation with her father, while others had to write a comparative analysis of symbolism in Shakespeare’s sonnet #54 and Edmund Waller’s “Go, Lovely Rose.” Still others were asked to analyze two arguments about whether bus or plane transportation was better. All of this on a standardized test, written supposedly to measure mastery of a standardized benchmark. And of course, when the students fail, it’ll be the teacher’s fault. Insanity.

To say that March crashed in like a lion is pretty accurate. Both the Thriller and I had major health issues in March. Mine are on the mend, but he still has some mountains to climb. Sister Mavis also had some surgery and complications. But we’re all doing better, so no complaints here.

I still don’t know where the lamb went.

RF, in the April blizzard

6 thoughts on “What happened to March?”