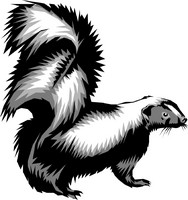 Nope, I don’t mean Mary Poppins. Something came up yesterday afternoon and I ended up giving away my ticket, so no review from me. We will have to wait until Wendell or Stoney tells us about the show. Was it too long? Was Mary really uninteresting? How much did they change the melodies of the songs? I covet a reaction.

Instead, I shall pass judgment on something else entirely.

Last night, the Thriller and I were coming home from the pharmacy and we passed a Chinese restaurant. Its vile reek followed us for a quarter of a mile. I was completely offended.

To me, Chinese food smells like old, rancid cooking oil, used 50 times over, then used some more (which is probably closer to the truth than any of us would like to admit, and not just for Chinese cuisine). It’s cloying, but in a bitter way. Bottom line: it just smells filthy to me. And that red, slimy substance they schlep all over everything is just downright wretched.

When our daughters were going to college and living with us, they would sometimes bring the offensive victuals into the house. And while they took a huge running start from the sidewalk up to their bedrooms, no effort, no matter how valiant, could kill the despicable stench of the Red Muck Squeezed From the Leaking Bowels of a Dead Yak. I ended up slapping a moratorium on the foul stuff; they weren’t allowed to eat Chinese in the house anymore. (And I am certain the Chinese appreciated it.)

Other food smells that make me gag, scowl, or just mad:

Through the years, there have been people who, when I shared with them my disdain for many foods, would stand with arms akimbo and scold, You don’t know what you’re missing, and How can you not like _____?

They’re not with us anymore.

So what food smells make you want to yark? Or does *everyone* in the known universe except me love every kind of food imaginable?

I used to hate pizza. Wish I still did.