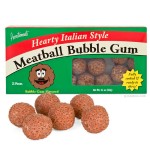 Haven’t done a WW post in a while. It was 2009, to be exact. Not that there haven’t been plenty of weird Wednesdays, mind (and Thursdays and Mondays and…); I’ve just not written about them. Behold the peculiarity:

And that’s all the oddity I have time for this morning, alas. Time to get ready to go to work: the job I sometimes dread, often absolutely love, and always appreciate, because I am blessed to actually have a job.

Random neuron firing: I just thought to myself, before pressing the “Publish” link — What if this isn’t Wednesday? Haha. Rat Fink, Rat Fink. What a donkey.

Halfway to the weekend; we can do this!

OK – that banana carving just weirded me out – on the order of freaky clowns! YIKES!

Yeah, and then he eats them after carving them. That was creepiest of all, LOL