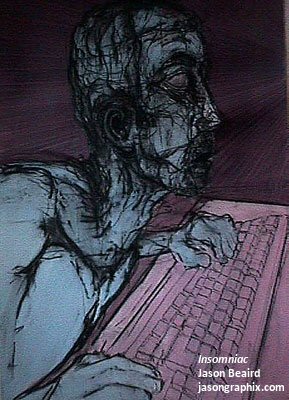 Today’s weirdness is called Shuh-Mo Me the Money.

First, I say this: In my opinion, Michael Jackson was one of the most amazing entertainers in popular music history; genius, both in the studio and on the stage. I think it’s become hip for all the Kool Kids to dislike him and his music for the most part nowadays, and that makes me sad because many times, folks can’t separate the artist from the art. Or they don’t want to, or don’t know how, or don’t believe it’s possible. It’s also entirely acceptable that people just don’t like his music. Whatev.

So yeah, I (and a lot of others) believe that Jackson is talented, but I also think he’s a three-dollar bill. And a smart one at that. Behold…

Remember a few years ago, when he was up on molestation charges? Well, I recall wondering to myself, “Why did he go to Bahrain to escape, of all places in the world?” I thought it was bizarre, but I considered the source and went on with my life.

Ah, but hindsight is a great teacher, Grasshopper. Looky what we got here: 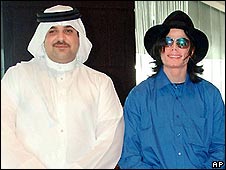 Apparently, MJ took refuge in the home (or in one of the homes) of Sheikh Abdulla, son of the king of Bahrain. Since Jacko was down on his financial luck, he promised the Sheikh the moon and stars in return for enjoying a lifestyle any prince would envy. The guy not only ponied up the cash to pay overdue Neverland bills, but also sprung for a $350,000 vacation for MJ and his pals, and a $500,000 advance for his living expenses upon his arrival in the Arab kingdom. He even paid for visits from a “mind mapper” to help Jackson focus his brain — at $37,000 a crack. HA

Jackson allegedly entered into a contract to do a recording project with the Sheikh (who is an amateur musician), as well as a tell-all biography that was supposed to net the pair major green.

Then, and I don’t know why, MJ got his fill of it all and bolted. Enter the lawyers and the litigation, to the tune of $7 million. Jackson is wide-eyed and kerfluffled: “I thought it was all a gift!” Shyeah. And the Big 3 are gonna manage their money really really well this time. Promise.

So, what happened here? Cynical minds could think this:

And, not surprisingly, Jackson is now “too sick” to make the trip to testify at the trial. He wants to stay in LA and talk by video instead.

I don’t know — I could be all wet. It’s all conjecture until after the trial. But I’d be hard pressed to concede that money didn’t have anything to do with his visit in the first place. I mean, Thrilla was broke, and being roasted by the press. What better way to continue in the lifestyle to which he had become accustomed than to shack with the Sheikh and wait for things to die down stateside?

I guess we’ll find out, as yet another saga unfolds in the life of Michael Jackson. You know, the guy who still maintains he’s never had any surgery done on his face except to repair his nose so he could sing better. 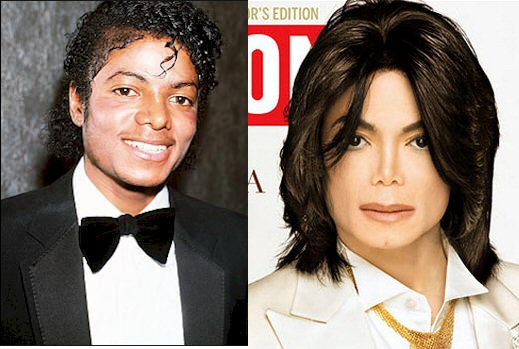 Jacko’s wacko. This happens with almost all child stars. Michael sang so well when he was a child that I’m sure he would have joined the ranks of the castrotti if he had the chance. The dude went nuts. He was THE STAR of the highly successful Jackson5. (Check out their version of “Up On the Housetop” sometime.) After being a child, funk success he decided to be the hormonal, teenage pop king. Then he went from being a fairly attractive black man to a middle-aged white secretary with a hideous nose. (Don’t argue that he only looks white because… Read more »

I woke up at 3:00 a.m. last Monday, and couldn’t go back to sleep. I hate it when that happens. I started to read the baskeball rule book, and even that didn’t put me to sleep. I hope awakening so early doesn’t happen to you too often. (Is that a correct use of too?) :)))

I have long maintained two tenets: a. Michael Jackson is a black man who wants to be a white woman. b. Michael and Janet Jackson are, in fact, the same person. Have you ever seen them in the same place at the same time????

I agree with you about genius, though. He’s weird, but he is a genius.

Stein – oh yeah – Jacko and I are about the same age – I grew up with his music. He really was nice-looking, until he…well…*didn’t* have all that plastic surgery. Personally, I think a person’s lips shouldn’t be mirror images of each other. That’s really what freaks me out, even more than the nose.

RD – Henny, if a basketball rule book can’t put you to sleep, you are AWAKE! And nah, the crazy sleeplessness doesn’t happen too often (yep, that was right, ya silly Hoosier!). Hey, you got any coffee?????

Yes, the 2 of them do look alike. Maybe the Scream video was all smoke & mirrors….

And have you seen LaToya lately? She looks just like Charo!!

For the record, is there a more perfect pop song than “Billie Jean”? “Beat it” is a close second.

Ross, totally agree — the “Billie Jean” bass riff alone has been sampled and used dozens of times by other artists. Man, I wore out that Thriller record…son Lars was indoctrinated with it as a wee infant back in ’83 and ’84. Jackson’s command of dance moves is surpassed only by his talent for manufacturing dance grooves.