A couple of the other ones have been questionable, but not this. Pretty sneaky weather. I grabbed my camera (my Flip is upstairs and I was too lazy to go get it) and did a quick vid of the view out my back door at 6 a.m. The wind is strong; at :15, it about blew me down. Rousseau was not pleased about his bathroom being outside.

Some propaganda that will make you smile, and possibly wonder at the fact that in 235 years of elected government in this country, women have had a say in it at the polls for only 91.

Well, isn’t James Franco just bringing his Franconess to a class by Franco about Franco? Totally not magniloquent. If JD started a class, however…

Last night, I finished watching the HBO miniseries John Adams. Among other fantastic facts, I never knew (or had forgotten) that Adams and Thomas Jefferson — fierce political rivals but devoted friends — died on the same day: 4 July, 1826. Bizarre. But hello, not ironic. I can’t tell you of how many accounts I read this morning that used that particular word to describe the event. The fact they died on the same day, and indeed, the fact that the day was the fourth of July, is fluky, strange, peculiar and queerly coincidental, to be sure; but not ironic. Now look what you did — got me off the subject again. Anyway, excellent series, if for no other reason than to refresh your memory of — and humble appreciation for — the history of the formation of our government, and what great peril these men place themselves in for the sake of freedom from Great Britain.

Loving the Four Icon Challenge. My favorite is The Big Lebowski, described in four small pictures. (Scroll down the page to see them all.)

Finally, the ha-ha photo of the day. 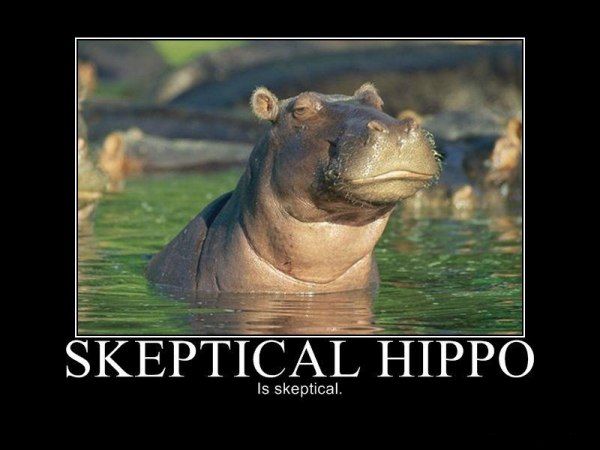 I don’t know about you, but I think Jeff-y is gonna be making the trek across the yard later this afternoon. I vote. Do I have a second?

Also… on the miniseries… did it mention that Adams’ last words were “Jefferson lives”, because Adams wasn’t aware that Jefferson died that morning?

Yes, it did mention that! In the series, he said, “Thomas Jefferson survives.” And I will jingle your cell phone when it is time for the trekking to take place! Yippeeeeeee

Do we need to get you a Flip for “downstairs” so you can have one at the ready all the time? *smooch*

I don’t get the Four Icon things.

Well, for instinks, take The Hobbit.

The artist took Gandalf’s pipe, Elrond’s sword, the Ring, and maybe the mountaintop at Mordor (?) and put them on note cards. Just a movie thing I guess. When you explain it, it doesn’t sound near as cool. LOL