The weather outside is frightful, but I couldn’t care less. It’s my first official day of summer break. Sorta. I’m still going into school most days, and there’s always good old BU. Only difference is that I get to sleep in now, so the daily Finkness may not appear until later than 5-6 a.m. Eastern. I actually slept the morning away today; didn’t get up until 6:30. Lazy bum… 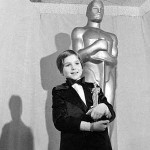 I totally remember seeing her on TV and in the movies. I read about her early addiction to alcohol (it actually started when she was about the age you see in this photo, taken in 1973), and finally watched Paper Moon years after it was made, because there was no way my parents would have ever let me see it in the theater (it featured a 10-year-old smoking a cigarette). It really is a good movie. Not great, but good. Good enough to have won her an Oscar. 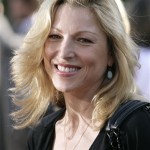 She fought addiction throughout her teenage years and into her adult life. [With a weirdo like Ryan O’Neal for a father, and the freakish John McEnroe for a husband, it’s no wonder she ended up a crack w***e.]

The Entertainment Weekly site quotes her as saying she was “saved” by the police from making a horrible decision (to break her sobriety) by approaching drug dealers on the street and asking to buy coke. She originally told the officers, “Do you know who I am? I’m doing research for a part.” Nice try, luv. The truth works better, usually.

But good for her if she was rescued from the cliffside.

Ok, this is creepy. The recent tornadoes in the Midwest caused some horrific damage. Here’s some caught on film. You can see the tornado approach from the left, and just suck everything into it. Trees lying down flat is just too bizarre. And frightening. (If you don’t have a QuickTime player, you can download it here.)

So you have a good day, ok? Especially those of you who had to work…heh.