Interesting reading over coffee this morning… 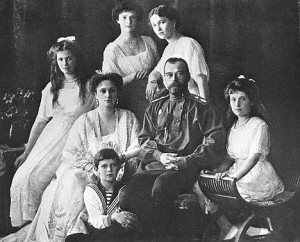 The Romanovs
The story of Russian emperor Nicholas II and his family is too long to recount in a blog post. But it is a fascinating tale, threaded with intrigue, murder, rebellion, bizarre liaisons, and mysteries only just recently solved. Wikipedia has a nice account, from the Czar’s rise to power to the day in 1917 when Bolshevik rebels shot him in the head as his family and staff watched. (They all met the same fate moments later.)

Nicholas saw the revolution coming, and before he and his family were captured, it is said that they, and other extended family members, took their impressive collections of jewels — sapphires, diamonds, pearls and rubies — and buried them.

In 2001, a treasure hunter with money to burn (and an apparent ax to grind) wanted to dig beneath the Russian Museum of Political History because he was certain some Romanov booty was hidden there. I don’t know if he was ever allowed to start the dig…likely not.

Then there’s this story, which I stumbled upon this morning. A rich lady living in L.A. knows where the jewels are?? That is interesting indeed. Now if only she knew where that silly map got off to…

All I can say is, if they’re going to use this gal to find the treasure, they’d better hurry. She looks a little delicate.

Hey, here’s the view from my back porch as of yesterday morning. Nice, eh? (Sorry about the camera tilt on that first one — I wasn’t going to actually step out *onto* the porch, don’t you know, so I just stuck my hand outside the door.) 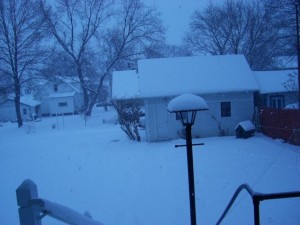 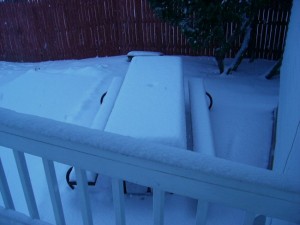 Have a nice Sunday, fiends. And how about those Arizona Cardinals? That was actually cool. Underdogs win again.

Remember the woman they dragged out of the Danube or something who claimed to be Anna? She had so many people fooled. I think DNA finally sapped her of a story but by then she’d passed away.

I had forgotten about that! I read this paper, and it confirms your memory of what happened. She went by the name Anna Anderson:

Later DNA analysis of hair and tissue samples from Anderson seemed to prove that she was not Anastasia, but Franziska Schanzkowska. But some … believe Anna Anderson — Anastasia — was swindled out of her true name and inheritance.

I have read a lot about the Romanovs. I find any kind of revolutions fascinating. I read everything I can find on the Russian, French, and American Revolutions.