I don’t give much credence to the old husband’s tale about celebrity deaths and natural disasters that supposedly happen in threes. So it was particularly odd to read about three “celebrity” deaths in as many days.

Comedian Bernie Mac was supposed to pull through his bout with pneumonia.

He suffered with a condition called sarcoidoisis, but the pneumonia was apparently unrelated to his disease, which was reported to be in remission.

I read that he was a true success story (albeit later in life than most), who watched his money carefully and was good to his family. He went from the projects of south Chicago to superstardom in films like Ocean’s Eleven and Charlie’s Angels. 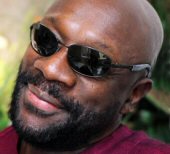 Isaac Hayes paved the way for a slew of soul musicians beginning in the 1960s.

I remember him best for his recording of the theme song to the movie Shaft back in ’71. We all thought the song was terribly naughty, and I made sure I always turned my radio down if it came on while my mother was around. I mean, Hayes said horrifying things like “damn right” and “he was a bad mutha” (at which time his background singers quietly scolded, “Shut yo mouth!”). That was jaw-dropping stuff back then. 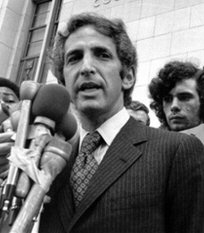 Then there’s Anthony Russo (photo credit, Associated Press), who also died yesterday, at 71 years old. He was responsible in part for the dissemination of the Pentagon Papers, which exposed some nasty stuff about the US government and the war in Vietnam. He helped his pal Daniel Ellsberg copy the 14,000 pages of top-secret US military/political dynamite and submit them to the New York Times for publication. Gutsy.

So that’s three famous people. What’s that tell you? Probably that there are only seven days in a week and 260 million people in the country…the odds are in favor of multiple instances of death, birth, going to the grocery, and walking the dog.

But it makes for good copy.