I’ve flown all over the place in my life. As far west as Vegas, east to New York, and dozens of cities in between. I’ve flown to and from London and Rome.

And each one of those flights was an exercise in manifest horror; a crushing, suffocating, paralyzing, marrow-sucking flirtation with impending doom. The Devil come to dinner.

My name is Rat Fink, and I am an aviophobe.

Yes, yes, I’ve been told by intelligent, well-meaning people about how you’re more likely to die in a car crash or by crossing the street or playing Twister or blowing your nose, blah, blah, blah. Those folks don’t get me (or the thousands of other slobs out there like me). Logic doesn’t play well with phobias. Just ask John Madden, Whoopi Goldberg, Doris Day, Sean Bean, Sarah Jessica Parker, Kirsten Dunst, Jennifer Aniston, Cher, and Woody Allen. All airplane weenies, just like Yours Truly. 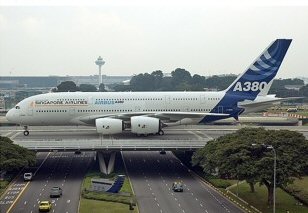 So you can imagine my drop-jaw revulsion at reading about the Airbus Superluxe A380, rolled out by both Singapore Airlines and Saudi Arabia’s Emirates Airlines. The thing is a veritable titan, weighing a mere 560 tons (that’s 1.2 million pounds) and seating 555.

Check out the photos below. No doubt it’s an amazing machine. You’ll just never get me on it.

Maybe someday I’ll go for desensitization therapy or something. I might need it sooner than I think; I’m supposed to fly next summer to speak at a convention. I’m still trying to figure out how I can make Lincoln, Nebraska a driving vacation destination with the Thriller. Hmmm.

Anyway, here are some incredible photos, courtesy of Airbus. 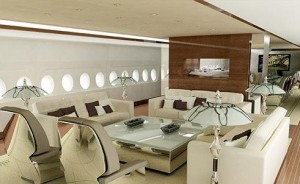 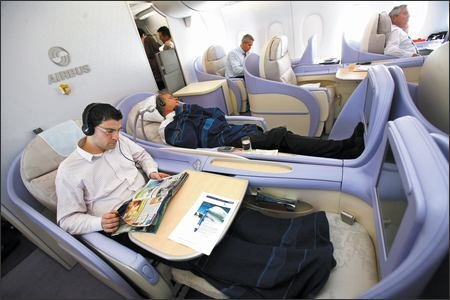 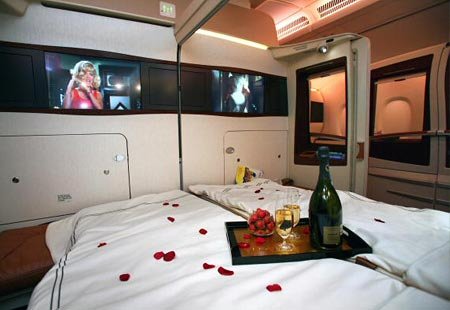 And to get the full effect, you have to look at this one up-close and personal-like.

Phobia Phink out. (Don’t get me started on boats…)

2 thoughts on “The flying hotel”