Doesn’t matter what your political predilection, these are some pretty imaginative memes from the debate last night, where Mitt Romney now-famously said:

And – and so we – we took a concerted effort to go out and find women who had backgrounds that could be qualified to become members of our cabinet. I went to a number of women’s groups and said, “Can you help us find folks?”, and they brought us whole binders full of women. 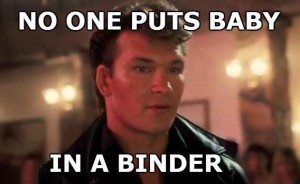 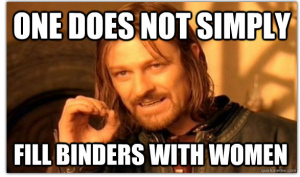 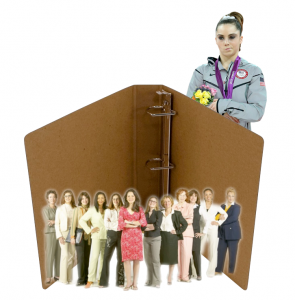 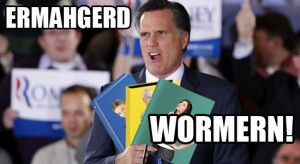 Oh, come on. Lighten up. Admit it: you thought at least some of it was funny.

Besides, at this point it’s either laugh or launch puppies at a speeding train. Anyone who takes these debates seriously — or worse, would allow watching them to sway his or her vote — is unaware of the pure theater behind them. And forget the boring debates of, say, Kennedy and Nixon in 1960, where a greater share of dignity and protocol ruled the political airwaves. That ain’t good TV; it doesn’t translate well to the “I can only handle three-second sound bites or I lose interest” crowd.

I am So. Over. This. Campaign. Garbagetalk.

5 thoughts on “That there’s some funny crap”