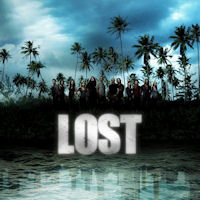 I will be curious to find some answers, or at least read the blog rants about the lack thereof. The Thriller and I never watched a single episode of Lost until the final season. And we pretty much got caught up on lots of details, thanks mostly to the “pop-up video” help on the bottom of the screen at various times during the year. I enjoyed the show.

Still, I’m with the other millions who are left with more questions than answers (not that everything in life must have a definitive explanation). I’m amazed at the hype leading up to it, and the cult-like following the show had/has. The Lost phenomenon only comes around every blue moon. I can think of several shows that had a similar following: M*A*S*H*, Newhart, Dallas (though the last two seasons kind of fizzled), ER, Seinfeld, and others.

Of course, all of MY favorite series get the ax at some point (Dark Shadows, The 4400), but I suppose all things come to an end. I’m still processing this. But it’s all good. I’ll get over it. It’s just television. Or is it? We could have quite the protracted discussion on what entertainments say about a culture, or the importance of identifying with a specific character in a made-up story. I’d wager it goes further than just a pastime on a Sunday night.

No time to wax philosophical/sociological, however. I have a concert tonight. Y’all come.

4 thoughts on “Still a bit Lost”