Mm-hmm. Yyyyyeah. And I got this plot of land in the Everglades… 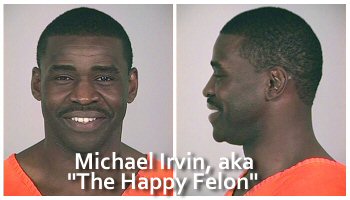 So Michael Irvin survives an attempted car-jacking by simply “being Michael Irvin.” According to his tale, a pair of fully armed ruffians in a pickup truck pulled up next to Mike’s Range Rover, intent on robbing or car-jacking him, or just plain blowing his head off for kicks and giggles. He said that he saw the gun and he “knew what time it was.”

Knew what time it was??? (Ever wanna just slap somebody? I mean, honestly.)

Anyway, having instantly recognized him, the would-be killers instead retracted their automatic weapons and nattered on good-naturedly with Mr. ESPN about Cowboys football. Whew. Good thing Irvin’s a Dallas fan, eh?

Shyeah right. I’m more inclined to believe the assumptions flying around that it was a drug deal that almost went bad. (But I’m just a Mean Girl this morning, so pay me no nevermind.)

Even more hilarious were the reader comments I saw after checking the story on several different websites. Some gems at ESPN.com:

Why couldn’t this happen to one of the meaner Cowboys, like Pacman or T.O.? Why did it have to happen to a great person like Michael Irvin, who never did coke in his entire life, never cheated on his wife with multiple prostitutes, and never had a crackpipe in his car while he was a commentator at ESPN?

[Putting away the guns] was a professional courtesy on the men’s part in the truck.

HAaaAAA — I rarely laugh out loud while reading reaction comments, but some of these were priceless.

On a more serious note, I was sad to read last night that Ricardo Montalban died.

Yeesh, another snow day today. Now I have no choice but to bury myself at this box and get that practice essay written. Joy. Please send me some email or comment luv. I’m going to need a diversion.

Fink out (of excuses to procrastinate). OK, just this one more: 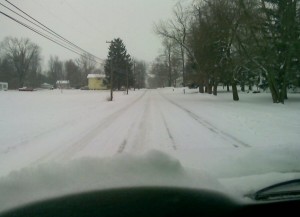 Image credit: Some poor unlucky deputy stuck photographing His “High-ness” at the Dallas County Jail, most likely — although, considering the “Coke Machine”‘s lengthy rap sheet, it could have been elsewhere.

Michael Irvin on drugs? Why did no one tell me about this? All this time, I’ve been going around singing the praises of Michael Irvin, telling everyone who will listen about this man could be a future senator, or pope… and then I found out he use to do drugs?!?! Next thing you know, you’ll be telling the love of my life Lindsay Lohan is a coked out lesbian… allegedly. Crazy world were living in. P.S. Michael Irvin, along with Tory Aikman, Deion Sanders, and Emmit Smith made me cry when I was 8 years old… by beating my beloved… Read more »

I’ve never liked Irvin, but I was living in the dorms at UCLA when the Cowboys used the campus practice facility to gear up for Super Bowl something-rather in 93. A window near a staircase gave an outstanding view of that practice field – so outstanding that the Cowboys hired people to prevent anyone – namely anyone from the Bills’ camp – from spying. Anyway we had several Cowboys fans in that dorm, all wanting autographs from Irvin, Smith and Aikman. They returned with good things to say about Irvin’s friendliness, but slammed Smith and especially Aikman (I guess they… Read more »