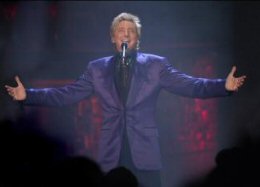 Yes, I know it’s uber-hip to hate Barry Manilow. Usually, when people behave in that type of pile-on manner, they know a lot less about the one they’re piling on than what they think.

I saw a Reuters blog post with the tag line, Warning: readers who are easily disturbed or offended should not read this item. The author even titled it, “Well, this is just too sick!” (Just a *bit* over the top. Overkill, anyone?) It’s about a judge who punished young noise-ordinance offenders by making them sit for an hour and listen to Manilow’s music. HAAAhaHAahAHAAA! That’s HILARIOUS!!! OMG, that’s PRICELESS!!! HO ho Heee hee haha–*BANG*

Shut up already. As knee-slappingly funny and delightfully clever as the judge is, he’s a piler-on. Everyone who possesses the slightest trace amount of cool is supposed to hate Barry Manilow, right? So yeah, let’s run that into the ground.

If you don’t like him for personal or musical reasons, fine. I’m not a huge Manilow fan myself — I wasn’t in the 70s, either. But I respected who he was, and still do. A prolific songwriter, commercial jingle writer, pianist, arranger and producer, he got his start in the bigtime back in the early 70s as music director for an up-and-coming singer named Bette Midler. He has a pleasant voice, sings in tune, and writes some beautiful melodies. He’s a true musician, unlike about fifty other Kool Kids I could name. Just sayin’…give the guy the credit due him. 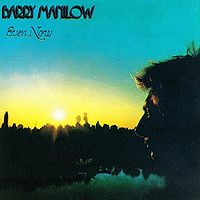 I don’t particularly like “I Write the Songs” either, but Manilow didn’t even write that. He also didn’t write “Weekend in New England,” but his rendition was gorgeous. He did, however, write the beautiful ballad “Even Now,” and to this day, hearing it makes me bawl (it’s a profoundly sad introspective about a man who has, for all intents and purposes, moved on with his life, but is still tormented by how difficult it is to live without “her”). Equally moving is “Could it Be Magic,” based in part on a Chopin prelude. He had a way of writing chord progressions that seemed to physically “pull” at you, somewhere in your chest, near your heart. Those who have experienced that phenomenon know what I mean. To those who haven’t, I’m not sure I could explain it; when it happens, you just know it, and it’s magnificent and addictive. It’s what makes you play tunes over and over and over, just to get the feeling.

But of course, regardless of his many accomplishments, the kool thing to do is deposit the guy’s entire performing career and song catalog into a stupid box called “Copacabana.” Ok, go ahead. But at least consider this:

With worldwide sales of more than 75 million records, Barry Manilow’s success is a benchmark in popular music. His concerts and night-club performances sell out instantly. He is ranked as the top adult contemporary chart artist of all time, according to R&R (Radio&Records) and Billboard magazines. Rolling Stone crowned him ‘a giant among entertainers… the showman of our generation,’ and Frank Sinatra summed up Manilow best when [he] told the British press, ‘He’s next.’ manilow.com

But enough of the bad stuff. I want to wish a very happy Thanksgiving to all my Finkville fiends. I heart you!

RF, off to finish the pies

The town that made headlines for subjecting people to Manilow music is about 5 miles north of where I live. There is a heavy hispanic population in Ft. Lupton, and a popular pastime with some of the people is to play their music from their cars really loud, but the music is very different culturally. The best way to describe is mexican polka music, heavy on the tuba. It is really annoying. I think the judge is being creative. If I was abusing the noise ordinance, I would pull every hair out of my arm if I was subjected to… Read more »

Jan – I saw that the case was in Colorado; I wasn’t sure how close to you it was. I hear you about the judge being creative – I’m all for that. I just had an issue with him choosing a specific artist to signify “bad” music. Play country or jazz or Broadway or whatever the kid hated, but don’t zero in on just one singer. Truthfully, there’s really no music that I really hate, other than rap that targets women and cops. I’m pretty easy; Lars played in a bigtime metal band a few years back, and I kind… Read more »

I confess: I actually saw Manilow in concert at the Hollywood Bowl in 1977 – and I went there on purpose. I had a few of his albums and enjoyed his music then and believe he is largely unsung and unjustly vilified today.

My understanding of the case is that Manilow’s music was just one part of the teens’ ‘punishment’- there were many other past artists whose music was included in the 2 hours (?) that they were required to listen, including Frankie.

Holiday greetings to all!
PK

I’m not a big fan of “Bairly Manenough” due to what he subsequently did to Vegas music. I think he has something to do with the downfall of musical styles of the Rat Pack and such. Maybe not, but I know that people started preferring Manilow to Sinatra, Bennett, etc. I don’t think Barry is particularly bad as a musician. I merely have beef with what his musical ability did to the old styles of Vegas performance.

Stein – your take is interesting, and it made me think. When I think of the Rat Pack and Vegas, I think of 3 guys onstage, making blue jokes, and basically goofing off during their tunes. They loved getting up and doing/saying everything they couldn’t do/say on their squeaky clean television shows and albums. I think the preference of Manilow to Sinatra, Davis, Bennett and Martin was more age-oriented than anything (though I was definitely an exception to that rule). Back in the 70s, Sinatra et al were all “old men” to most people my age, and Barry Manilow was… Read more »