The new year is still in diapers, and I’m mad already. Why do I allow this to happen? Why?

Because I care. Or because I can. One of the two.

The ridiculous, the inane, and the sickening. Wasn’t this just fussy of me today? Who knows; maybe it’s due to my having to reactivate my 4:45 a.m. daily alarm. I have it so tough, you know.

It’s been a fantastic winter break. Now it’s back to the insanity: the nonstop race to get through May. Once I’m there, we’re good! Ready, steady…

Ridiculous sums it up very well. Thank you for expressing my very own thoughts. Because of the inane posts on Social media I’ve decided EVERYTHING in my life will come before logging on. Thus my gratitude that your blog is delivered directly to my inbox. Happy first day back after break!

Thanks, Candy — good to know I’m not the Lone Ranger on this issue. It makes me nutz. Everything else should definitely come before the electric box! I’m glad you still enjoy reading my little blog about nothing. I appreciate you!

And…she is definitely back folks. Well said Ms Finkster, well said. In order: #1 All I can say is the silly things people latch their hopes and dreams onto. I just hope they are smart enough not to send the $500 via Western Union so they can collect their 4 Million dollar European lottery check. #2 The Johnny Football scrutiny has, as you said gotten way out of hand. You hit it on the head it is not a crime to be immature. I have grown weary of the attempts to raise the NFL to levels greater than it is,… Read more »

Winter break. How PC of you.

Someone need a Snickers bar? Hehe 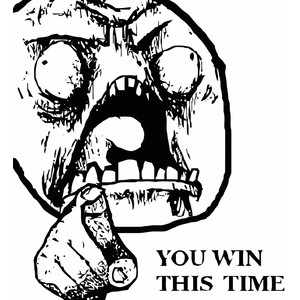