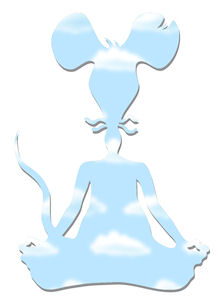 It’s like fog lifting, or waking up feeling rested. Or maybe it was the pancake dinner and great conversation the Thriller treated me to last night.

Many things became mercifully clear to me over this holiday break, and most of them are really good. The biggest revelation: 2012 will be the Year of the Fink. More on that tomorrow.

But for the moment, it’s all fun and games. The Js arrive at 10 a.m. to spend the day until 5:00, at which time we will lateral them to their other grandparents for more fun, and the Thriller and I will go out for dinner. Tomorrow, we get away for the last bit of the holiday. (A huge thank you to Kay and Bob for taking Rousseau while we escape!) Then comes the Push to Memorial Day, aka Grease and the spring concert season. Even that won’t faze me, though. Nothing is going to steal my joy this year. But again, more on that tomorrow.

So, it’s my wedding anniversary today. How about that? A loud huzzah and big hugs to the Thriller for surviving another year of my insanity (although with his classes and internship, he’s had plenty of his own). Anyway, yay for us. Let’s commence to celebratin’.

Be safe this night, fiends.