So I had absolutely no idea about this. 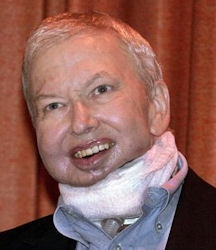 Roger Ebert, longtime film critic for the Chicago Sun Times, had his lower jaw removed. The interview he gave Esquire is quite lengthy, but well worth the time. Talk about a healthy resignation to one’s circumstances. Wow.

I remember watching Siskel and Ebert At the Movies on TV for years running. After Gene Siskel died of a brain tumor, I stopped watching. I think he was my favorite of the two of them — he had the greatest zingers for Ebert when they disagreed. More importantly, it was a special chemistry that Siskel’s replacement never found with Ebert. Anyway, Ebert is still writing his reviews, although he does not eat or speak anymore. Can’t silence the pen. I like that.

Charles Barkley is the worst rapper of all time.

Photoshop, anyone? Olivia Newton-John did a print commercial for Olay, showing what fantastic results it gave her. Then she was photographed out and about shortly after: 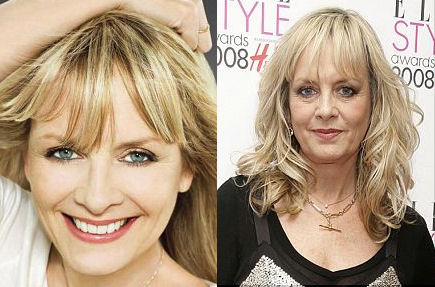 Where are the truth-in-advertising people when you need them?

I like ketchup on my hot dogs, and I don’t care who knows it. Nathan’s can just put that in their pipe and smoke it. Condiment snobbery…I tut at it.

Jake went to the basketball game with me last night. Great fun. Grammie is worn out. Now back to watching the weather for the next event that will cancel my rehearsals. Life is fantastic….