1. Ya know…I just don’t see the attraction. Tepid at best. 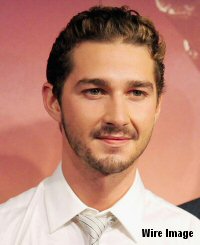 3. BoomR (and other iPhoners out there), have you heard about the big flap between AT & T, Apple and iPhone users? And of course, now they tell me, after I get my Storm (which I adore, btw, but I did want an iPhone first). Anyway, what’s your take on the whole thing? Seems I remember you liked the reception from AT & T, especially since you live and work in urban areas.

4. I don’t know how I got this, but I was going through some papers in my classroom, and found something that someone printed out for the fun of it. The title of it was “Things You Would Never Know Without the Movie Industry.” I thought it was rather amusing. Behold the truths that stretch our suspension of disbelief:

And my favorite of the lot:

I’ll bet we could come up with some more. There were more on that list, but I didn’t include them all. You know, the standard ones having to do with lipstick that never comes off, panes of glass that shatter into a million pieces when bodies are thrown through them, never saying goodbye when you hang up the phone, etc.

I guess they call the movies & television an “escape” for a reason. And speakina…

We watched The Wrestler the other night. Interesting. Depressing. Great performance by uber-ghoul Mickey Rourke though. Very nice. Tonight’s NetFlix menu: The Other Boleyn Girl. I look forward to it. I like this NetFlix thing, btw. At least until fall gets here…but we won’t discuss that right now.

Have a great…um…what day is it anyway?