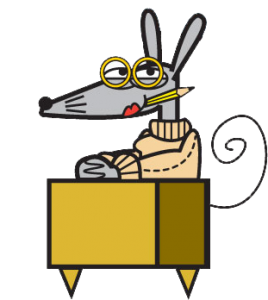 Woo, 59 of these little RNF posts, and a ton more in the basic “Random Neuron Firings” category. Why do I number some, but not others? Quien sabe. I’m mental.

For those who might not know, my RNFs are comprised basically of general, off-the-top-of-my-head observations. You know, kind of like the posts I write every day and fail to assign a number to…

And that is all for this morning, my fiends. Hey, it’s Finkday — the weekend’s almost here! I hope I can get some major visiting in over the next 48 hours (Mavis, Kay, the As, then the Js). Then it’s off to the Dinner Theatre rehearsal schedule. Yippy! Here’s hoping that you have some fun plans for the weekend, too.

#6 – We are SO ready for our shows to start back up again. Here’s our list (because I’ve been cross referencing them all morning to see when they start): House of Cards, Sherlock, House of Lies, Nurse Jackie, Mad Men, Hannibal, Castle (we like this one a lot for some reason), Suits, White Collar, Masters of Sex… and more. We were so desperate to watch something last night that we dug into the archives of Boston Legal. Swear. Even considered possibly starting Law and Order, from the beginning. Ha. And I still have my West Wing, over and over… Read more »

Well, I s’pose it was inevitable that ‘Boardwalk Empire’ came to an end – prohibition in the US only lasted 13 years, but….. if they’re smart, HBO can spin that off into another series about Capone. You heard it here first, folks. Off to take the last of the ‘Idiots’ to the vet for vaccinations. Tomorrow I pick up my new rescue babies! Since they were found in the engine of a car, I think I will name them Cam (camshaft), Maggie (magneto) and Sprocket. Pics to follow! PK Rescue Mama ReplyRat Fink Reply:January 12th, 2014 at 7:59 amYou know,… Read more »