Last night I was thinking about how fast I found something I was looking for (not in “real life,” God knows – I can’t ever find anything, EVER. I mean on the web). I needed an author’s name of a specific research text, and found it within seconds.

Now what if I’d tried to do that in 1977, when I was a senior in high school? What would it have involved? Well for one thing, I wouldn’t have been able to find *anything* out about a book at 10 p.m., because the public and university libraries would be closed. No such thing as an online catalog, because, well…there was no “online.” 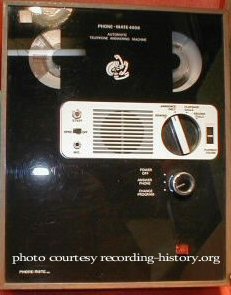 Machines you could plug into your phone to let people record a message if you missed a call were just now being rolled out to the general public, but at ridiculous prices – I remember my friends telling me their parents paid $200 for a model like this one, that used reel-to-reel tape to record messages. 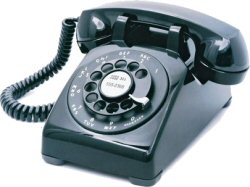 But otherwise, the good old telephone was the only way to find something out without leaving your house. Imagine that. I know I sound like my dad and my grandma…telling the younger folks how bad it was in the “old days.” But I’m not saying this to make the younger generation feel grateful for what they have (heck, I consider myself the “younger generation,” and I have no clue what I would do without my computer and cell phone). I’m saying it because I’m amazed at what got done back then without computers, the Internet, and cellular technology. Crikey.

I toured Europe for a month in 1976. I had just completed my junior year of high school, and hadn’t yet turned 17. My parents got exactly one post card from me the whole time I was gone. There was no email, no website to check to see how everything was going, and no digital cameras to send photos back home minutes after they were taken. Overseas telephone calls were frightfully expensive, so that was out, and my parents sent exactly $130 with me to last me 29 days. [I came home with about $1 in various currencies.] They waited 2 hours in Cleveland for my flight from New York. They had no idea if I was on the plane or not. Can you imagine doing something like that now? As a parent, I’d be flipping out.

Also interesting to note is the availability of recorded music. Obviously, there were no downloads, but we had the added frustration of selection. If you didn’t live near a large record store (and there wasn’t one anywhere near where I lived until they put one in a nearby mall in the 80s), you were out of luck. You bought what was available at the local “five-and-dime,” and that wasn’t much. A Wal-Mart on every corner was still years in the future.

Another note of some interest: in 1969, I think my sister and I paid about 50-60 cents of our allowance money to buy a 45 RPM single. Downloads of singles today are around 89-99 cents. Considering the staggering effect of inflation on most everything else offered in the retail market, that’s not too serious a price hike. Hmm.

All right. Enough blathering for one morning. I have a paper to finish. Ugh.