In a one-sentence summary, I’d say that this film is a borderline unpleasant story (true stories often are), but with great acting. 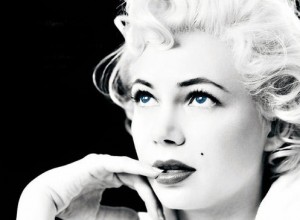 The Prince and the Showgirl was one of my many lazy weekend channel-flipping experiences growing up (you know, back when you actually had to physically get up and flip the channel knob on the television). It featured Marilyn Monroe in the beginning stages of her tragic downfall of arriving hours late — if at all — to the set, drugging up, relying heavily on her acting coach to be everything for and go everywhere with her, and generally making producers and directors want to choke her to death. Yet, the fact that she was such a rare and natural presence onscreen cut her an awful lot of slack, right up until the end. 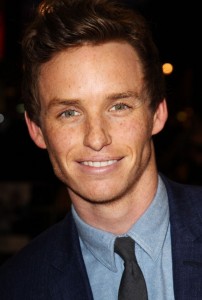 Eddie Redmayne -- *loved* him in "Pillars of the Earth"

In this film, based on the book The Prince, the Showgirl, and Me, Marilyn’s intense need to be adored at all times gets her into trouble. While filming in London with Laurence Olivier, she absorbs into her world a young production assistant and future filmmaker Colin Clark (played wonderfully by the cutest-ever boy-next-door, Eddie Redmayne), and of course he falls hard for her, abandoning his blooming romance with costume worker Lucy (Emma Watson). He is warned by another of Marilyn’s entourage to stay away — that he’d also had a brief fling with Marilyn, and she broke his heart. He ignores the advice, and the plot moves forward.

Kenneth Branagh is a brash and impatient Olivier, and Julia Ormond, whom I haven’t seen in quite awhile, plays his aging and jealous wife, actress Vivien Leigh. Their interaction was stilted and too brief for my taste. (That relationship is a movie in itself, if you ask me.)

I think the movie is saved, of course, by the character of Marilyn so beautifully channeled by Williams. She bedazzles everyone around her, including and especially young Colin, and all forgive her many transgressions that would inevitably lead to her untimely and tragic death just a few years later.

Bottom line: it’s a tell-all movie about a young man’s fling with the most popular woman in the world in 1957. I wish more would have been made of the relationship between Monroe and Olivier (he was, quite curiously, very insecure himself).

On the Rat-O-Meter scale of five cheeses, I give My Week With Marilyn:

I’ve never been much for super famous celebrity biopic type things. Sometimes they are good I suppose, but I trust your three cheese rating. I always enjoy Kenneth Branagh.

And I had no idea he’s been doing a TV series in UK for several years. May have to check that out on Amazon or Netflix.