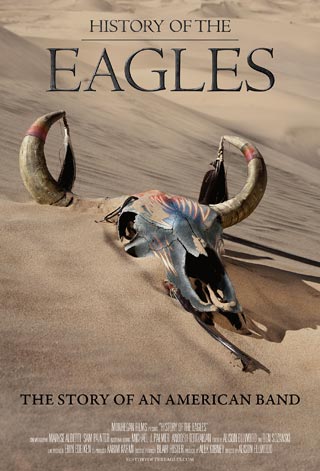 After three hours, I was wrung out. Crying, smiling, remembering…if you were “there” (1970-1980), and even if you weren’t, this is necessary watching for you.

History of the Eagles is so full of stories, the editors alone deserve an Emmy. With priceless 60s and 70s archival footage, honest — really honest — interview segments, and enlightening peeks into how a Band becomes a Brand, this documentary is as close to an anthology as you can get.

That doesn’t mean, however, that it was without discomfort. I thought about those bits all evening last night, and I woke up thinking about them this morning. But more on that later. 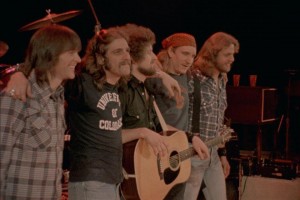 It’s a true historical account: it starts when Glenn Frey and Don Henley were in junior high school in Detroit, Michigan and Linden, Texas, respectively, and ends with footage from their tour following the release of their last album in 2007. Watching what all happened in between those times will wear you out.

Of course, you can’t talk about the Eagles without bringing up their stunning, sigh-inducing harmonies, which are shown on several occasions in a rehearsal-type atmosphere, or with the five of them just sitting in a hotel room, singing for the heck of it. Oh, the memories of that sound. Almost every song featured took me back to a specific memory, and I am certain that those recollections cloud this review. So be it. Still, that they even survived all those years on the road is a testament to their steely commitment to, as both Henley and Frey say in interviews, “just getting better.”

Throughout their close scrapes with the law, constant control-freakism (mostly between Frey and others, like sidemen and producers) and basic struggles when you live with the same people for years on end in a marriage-like situation, the boys always came out on top. Almost always. They lost bass player Randy Meisner to his debilitating insecurity about singing the high notes on crowd favorites like “Take it to the Limit.” He couldn’t take the pressure, and was replaced by the drop-dead-beautiful voice and bass playing talents of Timothy B. Schmit (singer of “Love Will Keep Us Alive”). 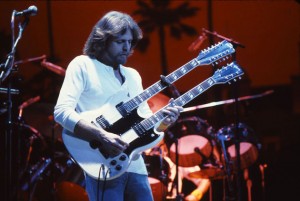 Don Felder on his Gibson SG Doubleneck, circa 1978

But the segment on lead guitarist Don Felder’s untimely and crushingly sad departure from the group is what I can’t stop thinking about. All those years, all those songs, all the experiences, all the success…and the Eagles and Felder (sadly known as “The Other Don” because of the larger-than-life presence of Henley) just couldn’t agree to let bygones be bygones. Watching the final Felder interview was heartbreaking. To me, it’s not the Eagles anymore without him.

Felder constantly recorded random riffs onto a tape deck, and we can thank him for sending Frey and Henley a copy of something he couldn’t get out of his head. It went on to become the chord progression by which the band would be forever identified:

But it couldn’t save him from being dismissed from the band of brothers he’d lived and worked with for two decades. He left shattered and hurt and bitter (and not without fault himself, to be fair to Frey). So sad. It sticks in my craw. That, and out of all the Eagles, he was — and still is — the best looking. Yes, I’m that shallow. 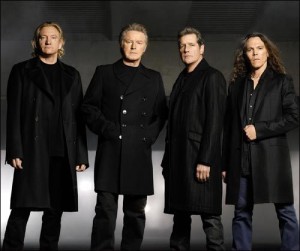 Seriously though, if you want to see how they became who they were, from the way they found their band name to who wrote the tunes and how they recorded, to the irreversible damage caused by the recording sessions for their last album (The Long Run), you must watch this documentary. In the annals of rock history, it is time-capsule worthy. It’s that good.

If you’re looking for insight into their family lives, however, you will be disappointed. Wives and children were mentioned only in passing, and not by name. I’m assuming that was by design. They wanted to keep it “business only.” I don’t mind that; I was never interested in their wives anyway.

Informative, deep, sad, riveting, funny, entertaining, tragic and lovely. All the superlatives fit. This is required watching for anyone who remembers — and in my case, treasures a great deal about — their wasted youth in the 1970s.

On the Rat-O-Meter scale of five cheeses, I give History of the Eagles RtB’s first-ever:

11 thoughts on “Review: History of the Eagles”