A “political” post at RtB is a rare occurrence. Why? Because this isn’t usually a place for discussion of such matters (see the link above called THE LAW — item 2). I don’t even know why I created a category for it, except for instances like now, I suppose. It makes me sad that some people might feel they can’t be a contributor or reader here if I disagree with their politics. It’s too bad, because my political opinions don’t define me as a friend. But, that’s the reality.

At any rate, today I resolve: The next person on my social media stream who posts some idiotic Chicken Little I-saw-it-on-a-meme-or-on-Whatever-News-so-it-must-be-true dang fool thing — gets hidden. And it’s not that I can’t handle differences in opinion; as a matter of fact, I’ve had several good “talks” with people over the years on Twitter and Facebook about the two biggies (politics & religion), and while my mantra is and always will be and no minds were changed, at least we can meet somewhere in the middle of “respect,” and just north of “at loggerheads.”

No, the stuff I’m referring to is on the lowest rung of the common sense ladder, to wit: 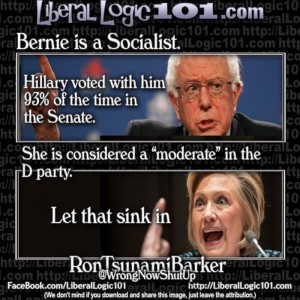 1. Mention the word “socialist” or “socialism” and some Americans lose control of their minds, their bladders, their grasp on reality. Y’know…I hate to break it to you, but democratic socialism — the kind that Bernie Sanders and his ilk support on varying levels — has been functioning in America, to the delight of its citizenry, conservatives and liberals alike, for over a century. Let that sink in. Do I agree with everything democratic socialism stands for? Please. There’s a place on the moon in June for people who think it’s possible (or worse, expected) that they love every last thought and opinion of any candidate or party. But back to the common sense ladder.

How about some examples of the dreaded socialism at work? Let’s see. Fire department, police department, public library, the MILITARY, the highway system, public schools, public parks, Social Security, city-county-state-federal government, the courts, the FDA, public transit…all of those entities — many of which we deem crucial to our daily safety and health — are taxpayer-funded for the public good. The fire department will respond to a call from the projects with the same speed and concern for life as they would a call from the gated community full of McMansions. As for arguing about which programs are worthy and which ones need to go, well — you have a Constitutional right to petition government for redress of your grievances. Have at it.

2. Some people throw around the word “fascist” like they know what it means. Could you define it right now? Probably, and it likely explains why you would never brand any American presidency — now or in the past — “fascist.” Yet, I see it all the time on social media; apparently, it just sounds/feels good to call the president (and anyone who isn’t in line with the caller’s personal beliefs) a “fascist,” when really, what they should be doing is thanking their God that we don’t live in a truly fascist country, where the leader who says “Obey, or you will be exterminated” really means it.

3. Hypocrisy is terrible, unless you’re doing it yourself. The writer of this depressing article about the underhanded selling off of sacred Native American lands sums it up perfectly:

If Oak Flat were a Christian holy site, or for that matter Jewish or Muslim, no senator who wished to remain in office would dare to sneak a backdoor deal for its destruction into a spending bill — no matter what mining-company profits or jobs might result. But this is Indian religion. Clearly the Arizona congressional delegation isn’t afraid of a couple of million conquered natives.

OK listen. Politics is based on economic and social theory, about which not everyone is going to agree. And the arrows I launched above could come back to sting me sometime in the future, because I am not above learning and adjusting my paradigms as new evidence emerges or times shift. Isn’t that what we do? For example, remember that one time, when women couldn’t vote, and child abuse was swept under the carpet as a “family problem,” or when black folks had to sit in the back of the theater or the bus? Remember when it was illegal to have a glass of wine in your own home? Thank God open minds with a view of society’s future prevailed. It’s my hope that they do it once again in the coming years.

And that’s all for my little rant today. I’m fine now. What’s truly troubling me at this moment is the decision I have to make regarding which of these two new books to dive into this afternoon. Hmmm. Decisions, decisions. 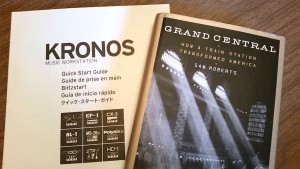 Fink of the first-world problems