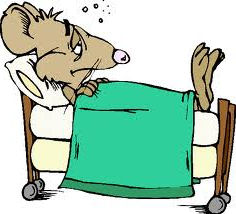 Man, last night was unpleasant. I can count on one hand (one finger, actually) the times I’ve had to cancel a sleepover with the Js because I was too sick. Hoo eeee…the effects linger.

But I am on the mend, and ready to have Mavis over to make a big batch of veggie soup this morning. That ought to make me feel better. Then BFF Kay is coming over this afternoon. How could my day get any better, you ask (without seeing the family, that is)?

The Packers could win the Super Bowl.

But you know, the football gods are generally not on my side, so I’ll just say que sera. I’ve survived St*****s fans’ infantile postgame neenering for years (even though I’ve never returned the favor when the Browns beat Pittsburgh); I can endure it once again. Of course, I disclaim that all St*****s fans are puerile and snotty. Some aren’t. But the ones who are always seem to make the biggest splash.

Yesterday, one of my Facebook friends posted something about hoping the Packers would win tonight. I responded that I didn’t have anything against the Pittsburgh coach or the team; just their insufferable fans. The next comment, from someone I don’t know:

oh and i hate the make excuses BROWNS-who always say next year–go STEELERS!!!!

OK, OK. I asked for it. But I never said anything about hatred. *batting big baby doll eyes* Well I got my true comeuppance a few comments later, from the same person, representin’ that black and yellow mindset:

Well I hope the “Residual horkiness” abates as the day goes on, sweets! Making the soup together will help.

I hear ya. I am a California Angels’ fan, and followed them closely for several years. Watched Nolan Ryan pitch and Reggie Jackson hit in Angel’s stadium, and when I couldn’t watch in person, I listened on the radio. I trundled my 5-month-old daughter with me down to Anaheim to stand in line for World Series tickets in 1982, and actually had 4 in my hand when they gave the AL pennant away to the Brewers after a 2-0 lead in the playoffs. Oh, well, there’s always next year. What a heartbreaker. The ‘next year’ turned out to be 2003… Read more »

Ugh…so there is hope for me! I’ll bet it was all exciting for you until the ALC game.

I have to admit that I’m NOT watching the Superbowl! Those that know me understand this. I have a stack of movies to watch, will enjoy some hot chocolate (with marshmallows) and just relax. And whoever wins–does it really matter?

Well, depends on who ya ask, Gregor! It matters to Pittsburgh and Green Bay fans, that’s fo sho. And it only matters to me because of who I want to LOSE.