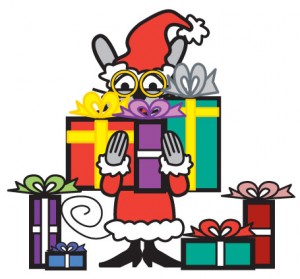 Are you finished with your shopping?

It’s been a while, but it’s great to see you. I hope you’re enjoying this holiday season!

For the first time ever, I took a huge long break from blogging. Why? Meh. I dunno. Well, that’s not entirely true. There are several reasons, but among them: 1) I was sad, 2) Godspell was a brutal rehearsal schedule and I was pretty much exhausted, and 3) I was mad at some Americans for their collective hatred and bigotry, and didn’t want to use RtB as a sort of bully pulpit. That kind of negativity extracts joy, and I really didn’t want to contribute to it. So, as Mother used to tell us, If you don’t have anything nice to say…

Another year, almost in the books. Fellow crusties: do you find yourself ruminating on your mortality more often nowadays? I try not to, as it’s basically pointless. Moot, sort of. Sometimes, I think about how I could have, conceivably, less than a decade or so left to live (give or take), and there are still a thousand things I haven’t done. Stupid jobs and mortgages, anyhow (and lack of independent wealth). Where’s that silver spoon when you need it?

Anyway, it’s good to talk to you again. I hope the next time doesn’t take another seven and a half weeks.

Fink, who’s being taken shopping and to lunch by #1 Son Seamus today — wahoo!

I ruminate that way constantly. It’s counterproductive and even self-defeating but for the time being I can’t seem to stop it. Glad to see you post though!

Welcome back! I missed and miss you, but I knew you were terribly busy. I hope you have a relaxing Christmas vacation. I don’t think much about my mortality. Maybe at my age I should. Maybe it’s denial. I’m busy now with my new “assignment,” i.e. calling. We’ve been warmly received. Meeting tons of new people, and having trouble putting all the names and faces together. Getting used to an Apple computer. Lots of interaction with people, some of whom are dealing with huge issues. There’s always “stuff.” Putting final touches on Christmas Eve candle light service, and next Sunday,… Read more »

So great to see you Ms Fink…you have been missed but as I have found true of all real friends, upon hearing your voice it was like you were never gone! Totally understand the the busyness of your schedule…have many family and friends within your profession, all navigators of hectic schedules this time of year to which I am always amazed. As I sit here now, screaming at light speed toward another incomprehensible decade, I think about mortality of course. Hard not to avoid when your children are grown men, with spouses, careers and lives of their own. But…I am… Read more »

Bird! I was going to post something yesterday when I saw that you were back, but as you know, life got in the way. I pretty much *have* to think about the mortality thing – since it’s thrown in my face constantly! But lately, I’ve been concentrating more on just loving my family and enjoying the life I have left. It’s amazing how that weight has been lifted, and how much it has eased my mind. I’m so excited about our Christmas Eve with the family, tomorrow! Just want to wish all the fiends here in Fink Town, a very… Read more »

Thanks everyone! Much love to you all — and sorry to be morbid at Christmas! It was a great gathering last night, and the most important thing, absolutely and of course, is to cherish every moment we have together, and how fortunate we are to have people who love us. That is a priceless gift — kinda like alla youz.