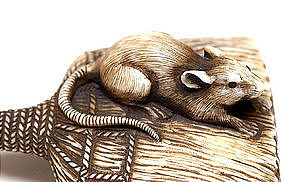 And let me know when you’re done so you can come do it at my house.

Kidding. It’s early Sunday morning at the Fink house, and while Justin and Grandpa Thriller are still asleep, Jake and Grammie are makin’ the coffee and starting the day. That is to say, while the coffee is brewing, I’m writing to you, and Jake is on the couch with my phone, playing Angry Birds.

It all serves to remind me that there’s another chapter of my life waiting to be lived. And here I thought I was all crinkly and decrepit and done. No way! As much as I love my choirs and doing musical theater at school, it’s a means to a beginning right now.

Isn’t that fun? A new beginning, at my tender, young age? Now, about that new Finkmobile…

That’s aging me by the hour, and I’ve only been at it for one weekend. Why is it that car salesman automatically and immediately confuse me with jargon and leading questions and horse hockey? I mean, I know why…but why do they feel they have to do it? I told a friend on Facebook last night that I think there should be car stores just like grocery stores; just go in and buy what you want, and the stores can compete by offering sales.

Some dealerships claim to be that way (“auto malls,” “superstores”), but it’s all the same in the end. You need the “guy” to finish the deal. That’s the part I don’t like. I know there are exceptions to the rule (and by “exceptions to the rule,” I mean “car salespeople who are not smarmy droids”), but for us, the search continues…