It’s been awhile. I usually leave consistent ranting to others, but there’s been a buildup lately. And no, I’m not trying to be Debbie Downer or little black cloud here, but honestly. I’ve had about enough.

1. Miley Cyrus’s faux smooch. Please. Spare me the righteous indignation. Think about all the sexual crap we’re bombarded with every day on television, and tell me this little flap is more serious than all of that. If she’d kissed a boy dancer, it wouldn’t have even been mentioned. Get over it.

2. LeBron James’s “I Love Me” Tour. I’m done caring about this boy. He thinks he’s the savior of the entire league, but one who will only offer his services to the highest bidder — even though he’s never won anything except MVP (huh?). I mean, we’re going to lose him anyway one day, either to contract negs or injury or retirement, so let’s just get on with it. I agree with commish David Stern, who said the other day that players like LeBron should spend less time on self-aggrandizing marketing and more time watching the NBA finals, so they can see how championship teams play. I feel bad for the Cavaliers and the city of Cleveland. Ferry just resigned…seems like everyone’s jumping ship.

3. Spray-on tans gone wild. Honestly. I have no problem with a little color (even though I have none…think Bella Swan on her worst day, seriously), but come on, Kelly.

4. Thunderstorms on the day we’re keeping the Most Amazing Toddlers in the World for the weekend. Not fair.

5. Doorways. Remember yesterday, when I said I was going to ask the Thriller to switch out all the furniture? Yeah, well…he would have had to take apart the entire bed, because assembled, it won’t fit through the door. Innat great? (I wouldn’t let him do it, even though he did say he would, sweety that he is. Smoochy.)

And that is all for this day. The good part — Grammie’s boys arrive in 3 hours! Yippy and yay and I can’t wait.

Fink, blessed after all

I *despise* Miley. I think she is a rude spoiled brat that needs to learn maturity and manners. I don’t think she is talented either…musically OR on the big screen.

Preach it. I really don’t know anything about her, other than her father and I share the same birthday (alas, I’m 2 years older).

I did, however, watch the video of the above-referenced TV appearance. I admit I was more bothered by the tiring, unending octave jumps than the kissy-face.

Didn’t watch the video of Miley, yeah whatever, so another pop star(let) kisses another girl. *yawn* I don’t like any of the Cyrus family they creep me out. LeBron. Did you happen to see him on Larry King? I didn’t. But President Obama did talk about him briefly during his interview with Larry. President Obama said that LeBron needs to find a team and a coach that is going the TEACH LeBron to be a TEAM player and get over his starry self. OK not a direct quote. Basketball is a TEAM sport and one hot sh(o)t can’t possibly carry… Read more »

So yeah I didn’t edit, you can understand it I hope LOL

Hey Suz — well said about LeBron. He was always quoted as saying that he is “the leader of this team,” but that he needed help. I think that was true, but his frustration in the Celtics series came off as immature I-quit-ism. He’s paid far too much to sit down and cross his arms and say he doesn’t want to play this game anymore tonight. I say good riddance. Just put the boys down for their naps. Jake went right into his bedroom and hopped into bed. Justin, NOT SO MUCH. HA. Poor little thing — bawling his eyes… Read more »

PS – not sure about the error message you’re getting, but it was a picture of Kelly Ripa: 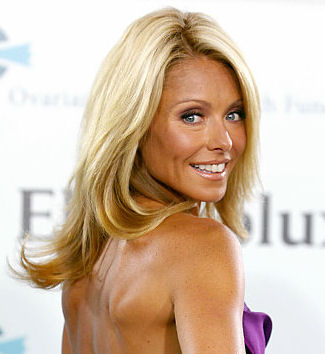 So did the little Justin get to sleep then? Read
your message at Facebook about memories :))

Yep! Everyone’s in bed for the night now. Justin cried a little — probably 3 or 4 minutes. Then, silence. Jake asked me to lie down next to him in his bed, so we lay there and whispered about everything we did today (whispering because Justin’s right across the hall). Hearing a 2-year-old whisper is so cute…