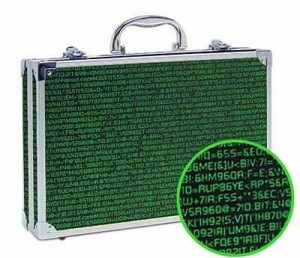 Recently, I’ve seen several emails come through Facebook and Gmail that show definite signs of hacking. It’s amazing to me how little these people have to do. But I know it’s big business, whether the snoop is ransacking government files or your Yahoo account.

That got me thinking about your password. According to John Pozadzides at Lifehacker, some people wouldn’t have to think too long to guess it. Says John:

Adding just one capital letter and one asterisk would change the processing time for an 8 character password from 2.4 days to 2.1 centuries.”

My passwords aren’t even in English, and they have multiple cases, characters (when allowed) and numbers. So far — knock on wood — I’ve never been hacked. That doesn’t mean the kool kiddies won’t keep trying, though, so complicate and change your passwords often. Your PSA for today, because the Fink hearts you all.

Today is not the weekend. We weep.

Yeah, I see this stuff all the time. It just astounds me but then again, I’ve had a 11 character password for years now.

Yep — if you arrive at a good one that works, the baddies won’t figure it out as easily. You’d be surprised to learn how many people use the word “password” as their password! HELLO

Thanks for passing on this great advice! One of my problems is where to file my passwords for safe keeping. Some I use nearly everyday, so there’s no problem there. But some I use much less frequently, so I forget them and need some kind of paper trail to reference when I do need them. What hints do you have on how to handle this? Today I’ve turned your blog into an advice column and respond to you like to Dear Amy! Let’s see, what else can I ask advice about? ReplyRat Fink Reply:August 26th, 2010 at 8:18 pmI’m one… Read more »

Great suggestion! Keepass is good indeed, especially for people who have 3489573 different online accounts (like us). But for folks who are less software-savvy, and for those who only have a couple of passwords, it might be like shooting an ant with a Howitzer. But it’s a great program for sure. I should probably download it — it’s getting kind of crowded in there.