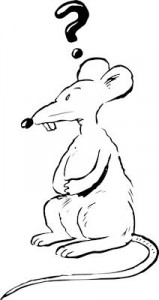 I never want to insult anyone’s intelligence, and I won’t do it now. It’s not the people who fall for seemingly transparent internet scams that I fault, but the fools who perpetrate them. Truthfully, it could happen to any of us. Still, I see my Facebook and email friends capitulating to scam after scam, and it makes me wonder: ¿Por qué? Pourquoi?

The latest one is a rerun that surfaced two years ago, involving major airlines giving away two free tickets and a huge pile o’ money to spend. But ya gotta *share* the post first. Sharing on Facebook is something I rarely do, and when I do it, I know exactly where it’s coming from. I also don’t share (for obvious reasons) funny photos directly from a site that contains inappropriate stuff. Instead, I’ll save the photo to my own drive, THEN share it. That way, I’m not connected to a site which may or may not have sinister plans for world domination, or, as is more likely, pageviews for spamming purposes. 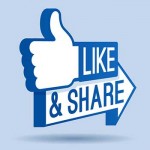 And whatever you do, don’t help the spammers by posting their crap and writing, “I don’t know if this is true, but it couldn’t hurt to share it!” Well, it could, and it could hurt YOU and your privacy. Facebook is already a minefield of gold diggers; be smart about your settings.

Why does Facebook offer free games to play? Duh! To get more of your info to share with their vendors, silly! If you’re OK with that, rock on, but FB already has enough of my information, thank you. Don’t get me wrong — I love what Facebook has brought to my life, not the least of which is its importance to the discovery of our biological father, who is a joy to us. It never would have happened without my interactions with relatives through Facebook. Yay for that. But the FB “applications,” like games and surveys? No way. And you shouldn’t, either.

OK, enough prattling about. On to the showers and the school house. Yippy.