Again, I’ve long forgotten how I got there, but last night I ended up at one of my occasional research haunts: TruTV’s Crime Library, where I was reminded of an event I hadn’t thought about in years — even after doing a post on Big Frank last month. 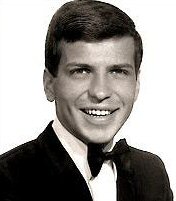 Of course, I’m talking about the bizarre kidnapping of Frank Sinatra, Jr. back in 1963. The Crime Library’s David J. Krajicek did a fine job on the essay; you should read it. But in case you haven’t the time or inclination, here are the more tasty bits that made it truly wacko:

But the story gets better after that…

Enter the bumblers’ defense attorney, Gladys Towles Root, who has a great story herself. A Hollywood lawyer who often took on sex offender cases (and won), she came up with an interesting defense for the would-be criminals. It didn’t work.

Happy ending for Keenan, though: he’s now the millionaire he always wanted to be, thanks to a lucrative real estate business. He was sentenced to life in prison plus 75 years. He was out in four. No lie. 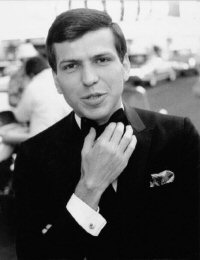 But Junior… poor Junior. Can you imagine trying to make a name for yourself in shadow of your larger-than-the-universe father, singing the same kind of music he did? Kid didn’t have a prayer — not back then, when his dad was the king of all media.

He was a good-looking young man, though, and he and his sister Nancy were pretty visible in the early-mid 60s, mostly on TV specials with Big Frank. Nancy also had two or three top 40 hits. My all-time favorite is this one, that she recorded with her dad. It’s such a pretty song, and beautifully simple…it brings back fantastic memories. Music does that to me.

Anyway, Junior had to live down years of speculation that he himself set up the kidnapping in order to jumpstart his own career. He never had a fraction of the success his dad enjoyed. He does the casino circuit now (ALTHOUGH I’M SURE HE HAS MANY OTHER GREAT THINGS IN THE WORKS, LIKE A SHAKESPEARE FESTIVAL, OR OCEAN’S 19, OR MAYBE AN EVEN NEWER BROADWAY VERSION OF THE JERRY SPRINGER SHOW), still singing big band and crooner tunes, just like Pop. Here he is today.

In a way, though, Junior had the last word on the whole kidnapping thing. In 1998, when they made a movie of the story, Keenan stood to make $1.5M from it as a consultant. Sinatra sued, invoking protection under the Son of Sam law, and won.

Happy Sunday. Back to work.