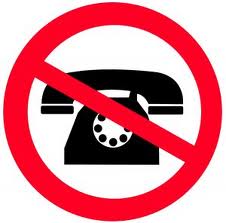 When carrying a laundry basket, I need to use both hands to navigate the hairpin turn in my stairway without taking all the pictures on the walls with me. So yesterday, I put two items in the basket on top of the clothes: clean socks to wear, and my phone. I think it was finding a couple of towels to throw on top of everything last minute — combined with my mind being a thousand miles away — that made me throw the lot into the washer, add the detergent, and turn it on.

Boy, was that Galaxy clean when the Thriller brought it upstairs, saying, “Bad news: I found this in the bottom of the washing machine.” *gack*

My kneejerk reaction, of course, was to flip out and throw stuff. But this time, I refrained. Go me. Instead, I used some gray matter and researched what to do. My suspicions were confirmed: the rice thing (controversial as it is — some sources say it works, others say it’s a myth) works only if you retrieve the phone from the water in a matter of seconds, like when you drop it in a sink full of water or the swimming pool or the commode. How does one save a phone that’s been washed to a lovely wet shine, with soap, then water, then water again, ultimately whizzing about in a Rotor ride of centrifugal force during the spin cycle? Does it have a prayer then?

So, for the first time in years, literally years, I was without a cell phone. In fact, as I write this morning, I’m still without it (although tracking shows it’s on the truck from Mansfield at this moment). And you know what? It’s OK. Fine, actually. Another Deception Destroyer of sorts comes to light:

I am not addicted to my device. Seriously, I thought I was, and admitted so, readily and often. But being “disconnected” isn’t so bad, since there are other forms of communication. And I can always borrow the Thriller’s phone if I need it.

I know there are people who don’t have a personal device of any kind, don’t want one, and don’t care at all. Not sure I’m quite ready for that level of neo-Luddism, but the last 26 hours and 10 minutes have proved that a day or so without the appendage is not a deal-breaker.

…which is not to say that I don’t have the UPS tracking page in another tab, ready to reload at regular intervals.

Love it…especially the *gack*! Long time ago, when I lived in The Basin of Heat aka Phoenix I had a a very nice pool in the back yard. A backyard party was all I needed to show off my Olympic cannonball talents. Mid air something caused synapses to start firing off reminding me that my cell was in the pocket of my swimming suit. That was bright. It pains me to tell you that less than ten days later I did it again, same suit, same pocket and another Blackberry paper weight…sometimes I think that lobotomy really impacted me. What… Read more »

Proud of you, Bird! I thought for sure you would be going through *phone withdrawals*, but you didn’t. Good girl! ……themailisalmosthere……

I saw you post on FB about not having a phone and was wondering about the details. Now I know. Since we no longer have a land line (haven’t for 6 years), the cell phone is particularly important to me. I’m always fearful of dropping mine in the commode, because sometimes I try to use both at the same time. Not smart, and so far, so good. I have misplaced my cell phone a couple of times. The most traumatic time, was in Knoxville, TN. We had stayed there overnight and were on the road the next morning, when I… Read more »

Hey everyone–yes, I’m back up and running! Took forever (as is the case when you customize your stuff within an inch of its life), but I’m 99.9% back. I love the phone stories — especially the funny (Dave) and miraculous (RD) ones. And Mave, I was just thinking…I don’t think I’ve *ever* heard you say you’ve lost something. Or pulled a ding-dong error like putting your phone in the laundry. Why did I get the knucklehead gene? I HATE THAT! lol

The attachment to cell phones, SmartPhones etc. is something I admit I don’t fully understand. It appears to me as a need for instant, constant communication with the world (maybe I’m a hermit at heart!). On a recent cruise, I watched a woman trying to get down the ship’s stairway to the tender boat (no cruise dock in Bar Harbor so we ‘tendered’ in using the ship’s lifeboat. The water was a little choppy but she slowly got down the stairs using one hand on the rail and the other clutching her phone! The mean side of me (yeah, everyone… Read more »