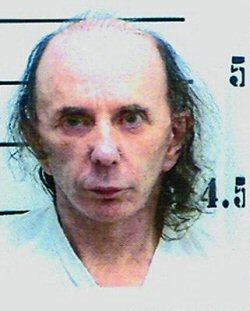 You have to wonder why they do it; why otherwise successful people would throw it all away by committing felonies. I do not get it. I mean, desperadoes and career criminals, yes. People who have lost everything and exhausted their last straw, yes. I can see that path. But it doesn’t figure with Phil Spector — the “Wall of Sound” boy wonder who became a millionaire at 21 years old.

For those who don’t know what the”Wall of Sound” technique sounds like, just listen to any Spector-produced record, especially from the 60s (“You’ve Lost That Lovin’ Feeling” by the Righteous Brothers, “Da Doo Ron Ron” by the Crystals, “Be My Baby” by the Ronettes, and “River Deep, Mountain High” by Ike & Tina Turner).

Truthfully, I never much liked the WoS. And I *hated* it in “The Long & Winding Road” (and reportedly, so did Paul McCartney), which Spector produced.

What I didn’t know was how many hit songs the guy wrote. I had no idea he was behind “You’ve Lost That Lovin’ Feeling,” “Chapel of Love” and “To Know Him is to Love Him.” And while his résumé as a producer is impressive by any standard, his bio reveals some huge problems — stuff people should have seen coming.

Possibly the most bizarre thing about Phil was his choice of hair apparatus. Hilarious. Courtesy Getty Images, I put together a little montage: 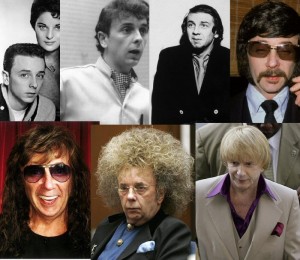 And from bizarre to disturbing…this photo was taken in 1975, with Spector’s bodyguard, a former federal marshal. I didn’t notice the haircut stolen from a standard poodle as much as I did the pointing of a gun at a camera: 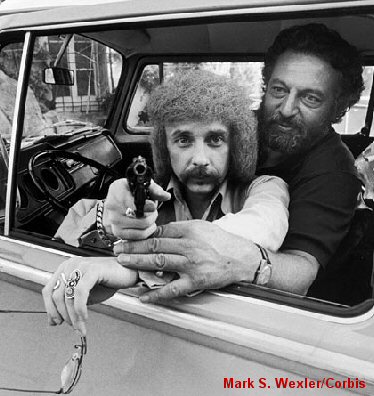 Pictures from his trial often revealed him as looking heavily sedated. Maybe he was under the influence when the murder happened at his house that night, who knows. If he gets the full 15 years for killing Lana Clarkson, he will be 84 when he gets out. What a waste. As is customary, his lawyers are appealing the 2nd degree murder charge and the sentence. Still, while all that goes on, he sits in jail.

So much talent, so much money…and now look. Have you ever said anything similar to, “Man, if I had that much money and such a perfect life, I would never be so stupid as to get myself into that kind of trouble” ?? I have. I mean, I know money can’t buy you happiness. But it can sure as heck buy you a lot of things that can make you happy, ya know? Actually, I’ve never had money, so I don’t know — and the folks in the cheaper seats can clap their hands in agreement. The rest of you can just rattle your jewelry.