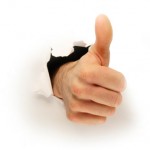 After the gig this morning at the nursing home, we close the door on another Christmas season. Shew! It’s been a good couple of months, but I’m glad the insanity is coming to a close. Just get me through Friday, and we’re good.

The Thriller and I had a discussion over dinner last night about the recent developments around the film The Interview, and Sony Pictures’ decision to not show it. Two stances were considered:

The question (one of the many, actually) is: Where do we draw the line between patent refusal to kowtow to threats from deranged extremists, and taking seriously the rantings of nut-butts who just might go through with a threat that would jeopardize thousands of innocent cinemagoers — not to mention the many employees of the movie theaters who have to report to work and stay there through repeated showings? Is a movie causing widespread panic really worth it?

Remember back in ’88, when The Last Temptation of Christ opened, and folks flipped out? Here’s what was said (New York Times, 13 August, 1988):

At the Directors Guild of America headquarters this morning,  movie directors John Badham, Warren Beatty, Peter Bogdanovich…Sydney Pollack, George Sidney and Elliot Silverstein defended Mr. Scorsese’s right to his artistic vision and, in the words of a statement by the guild, ”the right of individuals to decide for themselves what they will see and think.”

Mr. Beatty said people must support Universal and Cineplex Odeon in their ”effort to resist pressure groups” and to encourage studios ”to continue to finance and distribute material that is not so safe.”

Mr. Brooks, who won an Academy Award for ”Terms of Endearment,” said he was ”frightened so many of us had to come here this morning to express the obvious.” Mr. Pollack, an Academy Award winner for ”Out of Africa,” said: ”Christianity survived for 2,000 years. It will survive Martin Scorsese’s $6.5 million movie.”

Clint Eastwood, who was not in Los Angeles, sent a succinct message: ”Freedom of expression is the American way.”

It may be the American way, Clint, but America is not the only nation in the world, and honestly, Americans have embodied that irresponsible assumption with great vigor in one way or another since the Second World War. But that’s a discussion for another day. This day is for getting over with, and tonight is for BAKING WITH MAVIS! HUZZAH

Still, feel free to weigh in below. Truthfully, I see both sides of the argument. I can’t imagine the gargantuan headaches Sony corporate has suffered over this ordeal, compounded by the fear, humiliation and anger that is no doubt wreaking havoc as a result of the recent enormous breach in their communication systems. It’s an ugly world sometimes, fiends. Makes you shake your head and quote TDN:

10 thoughts on “One more and done”