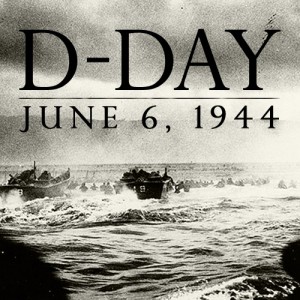 Yesterday morning, as I sat at my desk feeling miserable (bad cold & sore throat), I sipped coffee and checked Facebook. Someone mentioned feelings of gratitude this Memorial Day weekend for those who’d given their lives in service to their country. Browsing further, I read that a friend’s great uncle fought at Normandy, and she posted a link to some D-Day information. Of course, I followed it, and it led to many different places over the next couple of hours. I wonder if you’re aware of some of the unbelievable circumstances that surrounded this terrible event. It was a crucial victory for the US and its allies, but it came at a devastating cost.

Among the many interesting facts are three tragic scenarios, all relating to weather:

Army brass wanted to give the soldiers a special treat on the morning of the invasion. It proved to be a deadly gift. To provide the men with a good start on what was certainly going to be a long and harrowing day, the galley cooks prepared a hearty breakfast feast for the GIs: steak, chicken, sausages, eggs and all the trimmings, washed down with coffee. They didn’t anticipate the cases of acute seasickness that the men later suffered while being thrashed about in six-foot waves inside the cramped shore boats. Said Sgt. Bob Slaughter, Squad Leader, 116th Infantry:

It was a terrible ride to the beach. Over to our right, the battleship Texas was firing into the cliffs, and every time that big fourteen-inch gun went off, a tremendous tsunami swamped our boat, and the water would come over the side and just soak us and make our seasickness worse.

The repeated vomiting and subsequent dehydration took its toll; by the time many of the soldiers spilled over the sides of the boats into 10-foot-deep surf in order to avoid being mowed down by machine gun fire, they were too weak to free themselves from the 70+ lbs. of gear strapped to their bodies. Some drowned within the first few minutes of the battle.

The special amphibious tanks, designed to clear the area of German firepower before any feet hit the beach, suffered complete failure. Labeled “DD” (Duplex Drive or “Donald Duck”), these regular Sherman tanks were outfitted with watertight screens that allowed the vehicles to float. They were driven by a rear-mounted propeller, attached to the engine. But again, Army planners did not think about — or run tests in — rough seas, and the flotation screens quickly split apart and leaked. Of the 29 tanks in the water, only two made it to shore. Soldiers perched atop the tanks escaped into the water, but many of the drivers drowned, trapped inside the hulls.

Due to heavy fog, bomber aircraft crews couldn’t see the target. The plan was to obliterate as many German weapons from the air as possible, but the bombers couldn’t see through the thick fog and cloud cover. They were told to wait until they could get a visual lock. Thirty seconds later, they found their calculations to be completely off; all 13,000 bombs had missed their mark by a half mile.

However, not all the machinations of D-Day were non-starters. Among the most ingenious of strategies was the manufacture of a military base made up entirely of inflatables. Not only was it visually convincing: it worked. I’ve found this documentary, and will watch it later this weekend:

There are dozens of important military and historical facts about D-Day that tend to surface every year around this time. I’m glad I had the time to read about them. As for now — time to get ready for graduation. Yes, this is the last gig of the year. Saints be praised.

Hey, I know Memorial Day is basically for remembering our fallen military, and Veterans Day is for honoring our vets still with us. Still, I’ll say how much I appreciate your sacrifices in Nam, and my heart is with you today as you remember your good friends who didn’t come home. Hugs!

Hugging you right back! Again, Thank You!

My Grandpa Kieffer was part of the 741st Tank Battalion. He was one of the soldiers in the tanks that survived and he told my Grandma about the experience later. I have a typed account of what he told her in a heritage book that she made for all six of their sons. I’ve always enjoyed reading over the information she collected over the years. We go to the ceremony held at the cemetery in McClure every year since he died.

He was in one of the three tanks that were carried to shore after they realized that none of the others could handle the waves from as far out as they were located.

Wow, Krissy, that is amazing. What a story he must have had! And how fortunate your family are that your grandmother documented his incredible experience. You are blessed indeed!