Till intermission
I mentioned to a friend in email yesterday the “countdown clock” I downloaded and have displayed near my systray.

Some might think I’m counting down the days until I put my feet up and go fishing and sit around and read all day, because I’m another lazy public school teacher who retires with a handsome pension at an early age while everyone in the private sector schleps it down the beltway every morning. Nah, that’s not it. Rather, the countdown clock measures the time left in Act One. Act Two begins the very next day. 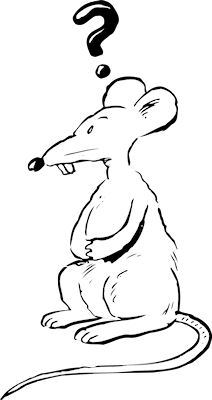 There was a time when I thought that anyone who considered a career change at age 60 was nuts. Not so much anymore. I really like this “50 is the new 30” thing (regardless of what Tracey thinks), and I plan to indeed make the best of it.

Now I know that my aging, creaky bod is *nothing* like it was when I was 30. I’ll grant you that, Jim. And I know that I desperately need to stop teaching in seven years, nine months and blah blah days and hours not because of the choirs, but because of the schedule required of me to be involved in two mainstage productions per year. Those days are coming to a close in seven years, nine months and blah. I’ve heard the question, “Why can’t you just stay on as choir director and not do shows?” All I can say to that is it’s part of the job, and I simply could not A) do the choir gig without doing the shows, or B) stand back and watch someone else do it because I gave it up.

So yes, when I lay down the teaching certificate, I will pick up another weapon. Not totally sure of what it will be yet, but suffice it to say it’s taking on a loose form in the distance. Until that time, seven years and nine months and twenty days in the future, the clock stays on, if for no other reason than to remind me of the time remaining for me to get another life lined up.

So…what are you going to do after you retire? Some people give some much-needed attention to hobbies that had gone abandoned due to previous time constraints. Others continue to do what they did in their “regular” life, but just on a reduced basis. Still others devote all their time to play. I’m not sure I could do that, even if I could afford it. At some point, I need to feel like I’m contributing. It would be far too easy for me to feel like I’m “at sea,” and start doing dumb things.

Such serious thoughts on a Saturday morning. I should be thinking about fun, weekend-type things. Like tap choreography.

OOoh….bad flashback & chill down my spine reading “…stand back and watch someone else do it because I gave it up…” from someone living in Ashland, OH.

I need to win the Lotto before I retire… LOL

Ah, yes! I remember indeed. I’m sure that was hard for you! And did you know N is back doing HS band this year?

OMG…at AHS?? So much for retirement, eh?

Music teachers never retire. They just go from bar to bar…. Har har, or should I say Bar bar???? I’ve actually already done that – hung up my nursing shoes and followed my muse into the great foggy unknown. Now I’m wondering what took me so long. (Oh, yeah. There was that whole single-parent-with-two-young-kids thing. Guess that was a good reason.) Can’t see myself retiring from this. I’m just having too much fun. One of my teachers is going to be 70 in December. He’s just as happy as a clam, and says he’ll do this till the day he… Read more »

OK, I’ll stop lurking and comment… My plan (not that I’m retiring for another 25 years) is to create, on a tangible level. I think I’ll be good and ready to make something that can be used, looked upon, et cetera. I plan to claim my woodworking birthright – either for profit, pleasure, or both. Pops and I have a project list to get through, starting in October with a very cool bed for Miss S. …and when Josten’s comes to peddle wares to the class of 2038, I’ll certainly be buying. ReplyRat Fink Reply:August 13th, 2012 at 7:47 amI… Read more »

If I ever retire, I would like to write marching band arrangements. Or write a few symphonies of my own. I’m sure I would only make it to 9, anyway. Or 8… and a mysterious #9 is found under my bed, unfinished… Even Heffe is wondering about your West Wing progress, btw. Just talking about it, I want to deviate from our regular shows to start West Wing from the beginning… for the I-have-no-idea-um-teenth time. Brain still mushy after the last two weeks – looking forward to my old routine. I’ll send you a progress update about my thesis problems/woes… Read more »