I’ve accomplished quite a bit since I got up at 2:45 a.m. I think I’m going to eventually give in to the advice from my cousin, who takes Ambien, and see if it might work for me without making me feel like I’ve been hit by a truck in the mornings. She swears by it.

I did some research on my particular problem (I can fall asleep but not remain asleep), and found this. What say you? Apparently, there are prescriptions that pack less of a punch than Ambien, but I think I’m not willing to combine them with anti-depressants and muscle relaxers and other various flavors of overmedication.

I think I will try the melatonin route (least invasive) first. I’ve read mixed reviews on its efficacy for keeping you asleep, but it’s a natural remedy, and therefore worth a shot. Failing that, I will call the doc. Anyone out there had any experience with melatonin? I know RD has, and he has had good luck with it.

But that’s not the point of this post. Strange news is the point, and I will now get to it. 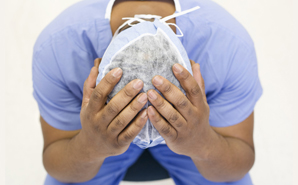 Question: how can you throw away a kidney? I can’t imagine the horror of this poor nurse, who apparently chucked the organ before it was scheduled to be transplanted into the donor’s sister’s body. Oh my.

It’s bizarre by any stretch. In the movies and on TV, you always see medical staff handling a transplant organ as if it’s the Holy Grail. It gets its own cooler, seat on the helicopter, bodyguards and escorts. It gets a special pillow in the operating room. It must have been a confluence of the most extraordinary circumstances possible that allowed this terrible thing to happen. I can’t imagine the pall of dread hanging over the doctor who had to go into the recovery room and tell the two patients — brother and sister — whose backsides were just carved open then sewn shut for no reason, “Well, I don’t know how to tell you this…” So, so tragic.

Especially sobering were the numbers at the end of the article: in 2011, 136 people in Ohio died waiting for a kidney — 4,711 nationally.

All right. Enough reading and coffee slurping. There’s work to be done, and young voices to be shaped, one wrong note at a time.

Hey, it’s almost the weekend — pshh! Jump on it!