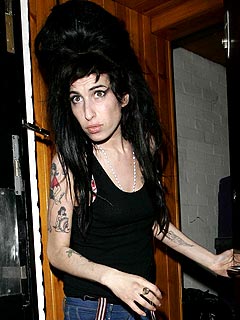 Now friends, this is why I scratch my graying head. Amy Winehouse, talented singer and repeat arrestee, was recently voted by UK teenagers as their “ultimate heroine.” That’s ultimate heroine, as in someone we totally admire and want to emulate. It’s not the bizarre face or the tats or the rat’s nest bouffant wig that bug me; I don’t care about any of that. Rather, it’s the tremendous hash she’s made of her life. This is hero material? Slurring your way through a horrible set at a club, not being able to remember the words or stand up straight? Yeah, that’s great stuff. I’m all over that. Sheesh.

Much has been written about why these stars — who seemingly have everything going for them — find their way into so much trouble. The reasons range from dealing with a lot of money all at once, to living the life they only dreamed about while growing up in the projects of South Los Angeles. Regardless, many of them suffer from the dreaded recidivism; they just keep getting in hot water, over and over. 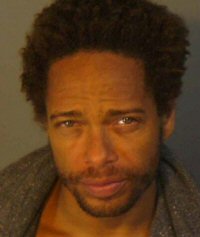 How many of us have said something akin to, “Man, if I had that kind of fame and money, I wouldn’t screw it up by beating somebody up or hiring hookers or committing armed robbery.” Makes me wonder if people like Gary Dourdan (star of CSI) ever said that. He has a hit TV show, he’s handsome (although not in this particular photo, taken the night of his arrest), young, and rich. Why on earth would he get caught with not only heroin, but cocaine and ecstasy too? Are we dumm?? Or is it just because celebrities’ lives and troubles are plastered all over the media, making it more noticeable?

I can understand the Kurt Cobain mentality. I mean, at least the guy stood for something. Like it or not, he was a pioneer. He was the archetypical disillusioned, tortured, talented, angry young rocker, and lots of kids identified with that. That he met an untimely and violent end by his own hand only jacked up his mythical status. I’m not talking about that stuff. I’m talking about idiotic actions that make you look not only stupid, but ungrateful and immature. OJ Simpson thought some guy stole some of his memorabilia, so he broke into the man’s hotel room and threatened him. That was dumb enough. The fact that OJ and his buddies had loaded weapons? Uber dumb. Dumb’s daddy. The mother of all things dumb. Simpson is just another face in a long line of arrogant celebrities who think the laws don’t apply to them. I’d say the boy has gone to the well one too many times…we’ll find out in September, I guess.

Maybe it’s as simple as this: these people just have too much time on their hands, and too much money to throw around.

Oh, to be so unfortunate…