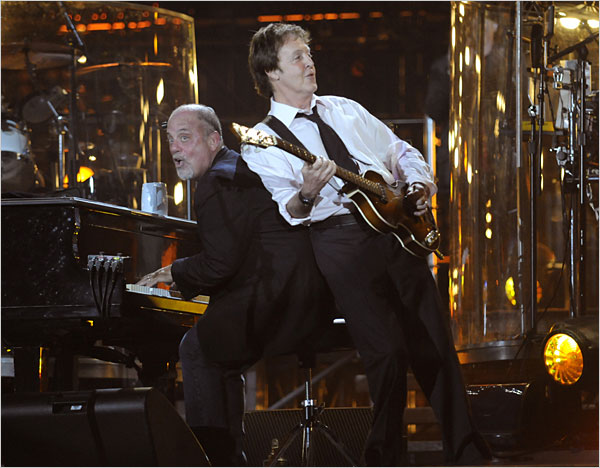 Paul McCartney and Billy Joel. What a concert that must have been. Two of my faves. I did see McCartney in concert in 1992 — in the pouring rain at the old Cleveland Stadium. It was amazing. Nobody cared that the rain was falling; the Bic lighters still glowed for “Let it Be.” I was bawling my head off — I will remember that night for as long as I live.

I guess there were lots of other big names there, too (they were “celebrating” the fact that this was the last concert at Shea Stadium before they tore it down), like Steven Tyler, Roger Daltrey and Garth Brooks. What a night ….dang. And me sitting 600 miles away, re-scoring a Monteverdi madrigal for woodwind ensemble.