Nah, not that kind of lost weekend. Rather, the weekend’s almost over and I don’t know where the time went. Haven’t stopped since school started on Friday morning. I mean, if I miss an RtB post, you know I’ve been out of it.

And this weekend once again drove home the undeniable truth that we have toddlers in our twenties for a reason.

Still, the time with Jake was spectaculous; fabular. He was a delight, and so was Justin. The wedding was beautiful, and the reception wore out Super J sooner than we would have liked. Grandma Jane took him home last night to her house. Although hooking him into his car seat caused quite the dramatic protest, I’ll bet he was asleep before she drove two miles.

All this got me thinking about time this morning. You know what I’m going to say next. Time positively rules our lives (most, anyway), and the US seems to be the leader of the pack, in that we’re a nation of overstressed, overhurried, overworried, overworked (and in many cases, underpaid) crazies. And we seemingly like it that way. Either that, or it’s become such a ubiquitous element of our cultural wiring, it’s all we know.

Years ago, a friend from Iran observed, “Americans are always in a hurry. In a hurry to do what? Die?” We laughed about it at the time, but he really had a point. Although there are exceptions (and maybe you are one of those), we just go 90 to nothin to get one task done and go on to the next — even though many of the tasks will be repeated tomorrow and tomorrow. Not that there’s anything wrong with repeated tasks; I mean, work has to be done. But the elevated stress about it, the frenzied, anxious attitudes with which we attack our work…it all suggests living too hard and dying too soon. That, and, you know, this: 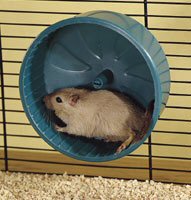 In other countries, dinner time is an event. Two, maybe three hours are spent just relaxing, talking, eating and unwinding. What about dinner at your house? I’m sure there are exceptions, but I’d be willing to bet that on many nights, it’s everyone for themselves, or dinner is take-out or hastily thrown together, or eaten while working, watching the news, or even while driving to the next “thing.” The Thriller and I are guilty of this. I suppose it’s easier because we have no children in the house, but as I remember, when my boys were in high school, they were both so busy (as were their parents), we rarely had dinner together on the weeknights. It’s a shame. 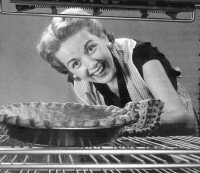 If you had a mom like I did, you always reported to the table for dinner immediately when summoned, hands washed and ready to behave. It’s not that my parents were militant about table decorum, but dinner time was usually designed for Dad’s comfort. He wanted to unwind from his day at the office, and we were to facilitate that. So Mother saw that dinner was a relatively quiet event. I don’t remember a *whole* lot of sparkling conversation at dinner, other than the standard, “How was school today?” After the meal, Dad would get up and go into the living room to his recliner, read the newspaper and watch the news. We didn’t bug him; that was his time. After that, he was open for business. But his aim was to relax.

And that’s the thing: relaxing is rarely my aim. My goal is to get one job done so I can hurry up and get to the next one. That ain’t right. I mean, here it is, Sunday, and I have a mile-long list of stuff to get done. I might even have to go into school. Now what, I ask you, would happen to the universe if I didn’t tackle the list? If the 12 jobs went ignored? What if I didn’t look at each weekend as just another opportunity to do more stuff?

My family will back me up on that fact that I am always saying, “Life is too short,” meaning that we need to concentrate on the healthy and good things in life and let the minor mishaps pass. Hmm. Perhaps I should take my own sage advice.

Or maybe I just can’t accept the fact that the world has moved on.

But hey. All that is for another day. I have work to do.

B & W photo credit: The Family Dinner: A Celebration of Love, Laughter and Leftovers, by Linda Sunshine and Mary Tiegreen.