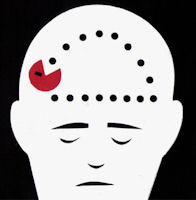 At first, we thought it was kind of funny. But as I learned more about what went on, it isn’t so ha-ha anymore. In fact, I’ve been drowning in alternating feelings of anger, embarrassment, and betrayal.

I’m talking about having my memory stolen.

On Tuesday of this week, I went in for an endoscopy/colonoscopy. Nasty tests, and I’m glad they put you “out” for them. I recall the nurse telling me, “We’re going to start your medication now.” I’m like, “Go for it…I don’t want to know what’s going on anyway.”

The next thing I remember is being at home, almost four hours later.

Here is a list of things I (reportedly) did after the procedure:

Now I’ve had a total of 13 different surgeries in my life. I am no stranger to the effects of anesthesia, and I’ve had all kinds of knock-out drugs. But I knew something about this was totally different. It wasn’t Valium or Demerol, and it obviously wasn’t Propofol (the drug on which Michael Jackson overdosed) because there was no anesthesiologist present. So what went on?

When the Thriller told me all the things I did, and got to the part about me putting a date in my Droid, I didn’t believe him. He said, “Get out your phone and look.” The horror I experienced when I saw that I had indeed done it is difficult to describe.

Well, that evening, a nurse from the doctor’s office called to check on me. After the pleasantries, I asked, “Hey, I’m curious. What kind of sedative was I given for the test?” She said, “It’s called Versed [pronounced ver-SED].” I told her I hadn’t heard of that before, and that it’s strange but I have absolutely no recollection of anything after being brought into the endoscopy room. She chuckled and said, “Yes, Versed causes amnesia; it’s kind of like the date-rape drug,” meaning rohypnal, or “ruffies.”

(Oh, really. Then that explains why, when I was being admitted, the nurse asked me, “Do you trust the person who drove you here today?” I said, “Well sure…he’s my husband.” I thought to myself, what an odd question to ask someone. She went on to instruct me — and she said it at least twice before I started the prep session — “Do not make any important decisions today. Do not sign any legal documents or make any large transactions.” Whaaat? Well, it’s clear to me now, since the fog has lifted.)

Anyway, I was gobsmacked after the “date-rape drug” reference. I made some fool comment, I don’t know, about having to ask my husband five times what the doctor said he found in the test, thanked her, and signed off the call. I can’t describe to you how I felt. Well, yeah I can. I felt violated — like something was taken from me without my permission. I decided to shake it off, but the curiosity lingered, so I did some research. Turns out Versed isn’t the happy la-la juice people might think it is. I know everyone reacts differently to medications, and I was one of the fortunate ones who did not experience the horrors many others endured — namely, the waking up inside your head in excruciating pain, but not being able to wake up your body to scream out loud. Right there is what every surgical patient fears, I think.

Now I’m not a Chicken Little, and I don’t believe everything I read on the Internet. But having gone through this experience myself, I can see where these people in the above post are coming from. Moreover, to some, it may not matter that there is a black hole in their day. But the fact I said and did things I don’t remember (one of them rather embarrassing, involving me saying something about my husband in mixed company that I would never say normally) bugs me. Really bugs me. Taking away my self-control is not funny to me.

So there it is — a rare “serious” post from the Fink. But in the public interest, I thought I ought to bring you up to speed, so when it’s your turn to have these tests — and if it isn’t yet, it will be one day — you’ll know what to ask. This drug was not mentioned anywhere in the pre-procedure paperwork that I signed. Nowhere in the document did I see the phrase, “You will have no memory of large blocks of time.” Well I can tell you that it’s not going to happen again.

Next time I have one of these tests (and I will have more…the joys of being over 50), I am going to insist on another medication, or even on having an anesthesiologist there and going the Propofol route. Anything other than Versed. Anyone who knows me knows that I am firmly against anything that steals people’s joy. I have been largely a joyless creature for the past two days, and I’m ready to quit it. It wasn’t altogether harrowing, and nobody died, and the world goes on, and the sun is shining and life is good…but the Versed thing ain’t happening again.

I read on one blog that people who object to Versed are “pansies.” I wear the badge proudly: 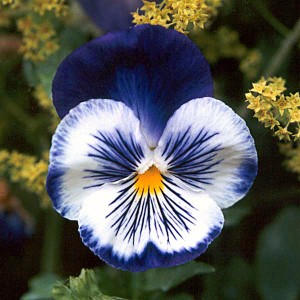 Now let’s have a good Thurgsday, shall we? Jake and Justin this morning, then lunch with Rae, dinner with the Thriller, and at some point, shopping with Mavis. I’m going to “forget” about the bad stuff.